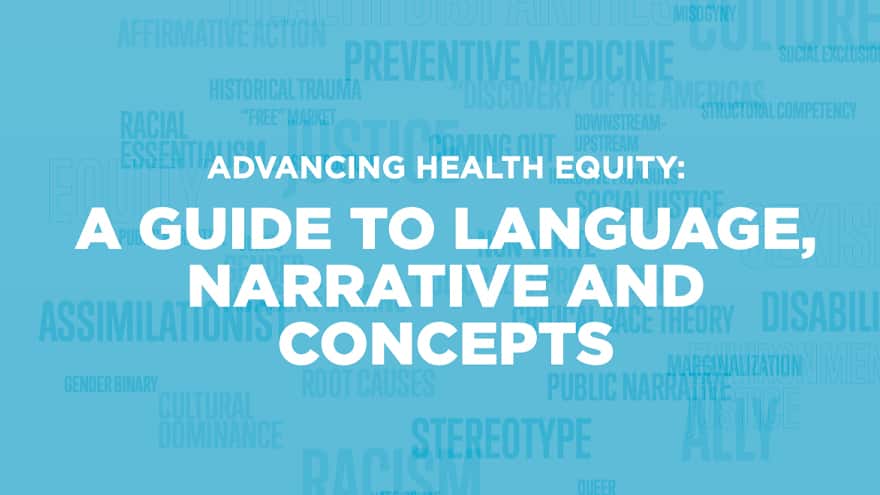 A guide published by the American Medical Association faced a growing backlash Wednesday after readers claimed the group is actively promoting Critical Race Theory into the field of health.

“Given the deep divides that exist between groups in the United States, understanding and empathy can be extremely challenging for many because of an inability to really ‘walk a mile in another’s shoes’ in a racialized sense,” a preface to the American Medical Association (AMA) guide says. “Collectively, we have an opportunity and obligation to overcome these fissures and create spaces for understanding and healing.”

“This is just the latest front in the Left’s campaign to inject Critical Race Theory into every corner of America,” Jessica Anderson, executive director for the conservative Heritage Action, which has vocally opposed CRT, told Fox News.

“This document, published by the largest medical association in the country, is a brazen attempt to politicize the medical field and subject health care workers to far-Left speech police,” Anderson added. “While the Left continues to falsely claim that CRT isn’t real, Americans are noticing what’s happening, and they’re fighting back. From the waiting room to the classroom, families are standing up to reject this racist ideology.”

The Biden administration blamed an “error” Wednesday after promoting a radical activist group’s handbook that pushes critical race theory in schools and calls on educators to “disrupt Whiteness.”

“The Department does not endorse the recommendations of this group, nor do they reflect our policy positions,” the Department of Education (DOE) said in a statement. “It was an error in a lengthy document to include this citation.”

DOE linked to the Abolitionist Teaching Network’s “Guide for Racial Justice & Abolitionist Social and Emotional Learning” in its handbook intended as a “roadmap” for schools to reopen safely during the coronavirus pandemic.

“Abolitionist Teaching promotes justice, healing, joy, and liberation for all Black, Brown, and Indigenous folx, inclusive of all intersecting identities,” the group’s guide states. It calls on educators to “[r]emove all punitive or disciplinary practices that spirit murder Black, Brown, and Indigenous children” and to “[b]uild a school culture that engages in healing and advocacy.”

“This requires a commitment to learning from students, families, and educators who disrupt Whiteness and other forms of oppression,” it states.

The guide also claims that social and emotional learning (SEL) “can be a covert form of policing used to punish, criminalize, and control Black, Brown, and Indigenous children and communities to adhere to White norms,” and that “[m]ost SEL standards are rooted in Eurocentric norms, not to empower, love, affirm, or free Black, Brown, or Indigenous children.”

DOE’s handbook currently links to the group’s guide in a section about meeting the social, emotional, and mental health needs of students.

BEN CARSON: This is How We Stop ‘Blatantly Racist’ Critical Race Theory

Growing up poor in Detroit, if I had believed, as critical race theory (CRT) proponents claim, that my destiny was based on my race, I would not be where I am today. We cannot allow CRT to rob American children of that same hope that was instilled in me.

Recently, author and professor Ibram Kendi, creator of so-called antiracist doctrines that lie at the core of CRT, has claimed that CRT is an “imagined monster” concocted by conservatives as a scare tactic to deny talking about race. This is clearly false.

To start, it’s important to understand that the term “antiracism” as used by Kendi, which sounds non-threatening enough, does not mean what you think. Indeed, far from being antiracist, the ideology promoted by Kendi and fellow travelers is anything but. It redefines reality to assign guilt and blame based solely on race. Classifying persons in such a manner is literally the definition of racism.

This type of vocabulary manipulation is part of the reason this ideology has stealthily overcome our institutions. After all, who doesn’t want to be antiracist?

Contrary to Kendi’s recent claim, CRT and so-called antiracism are very much real, and are the vanguard of a radical, revolutionary movement that seeks to overthrow the established order in every area of society, including capitalism itself.

This divisive ideology seeks to replace the traditional American value of equality of opportunity with a regime that assumes all White people are racist oppressors and labels all racial minorities as victims.

While the classical Marxism from which CRT was born focuses on class conflict, CRT substitutes class for race, wholly ignoring the demonstrated failure of Marxist ideologies – unlike the people of Cuba who are protesting against Marxist failures at this very moment.