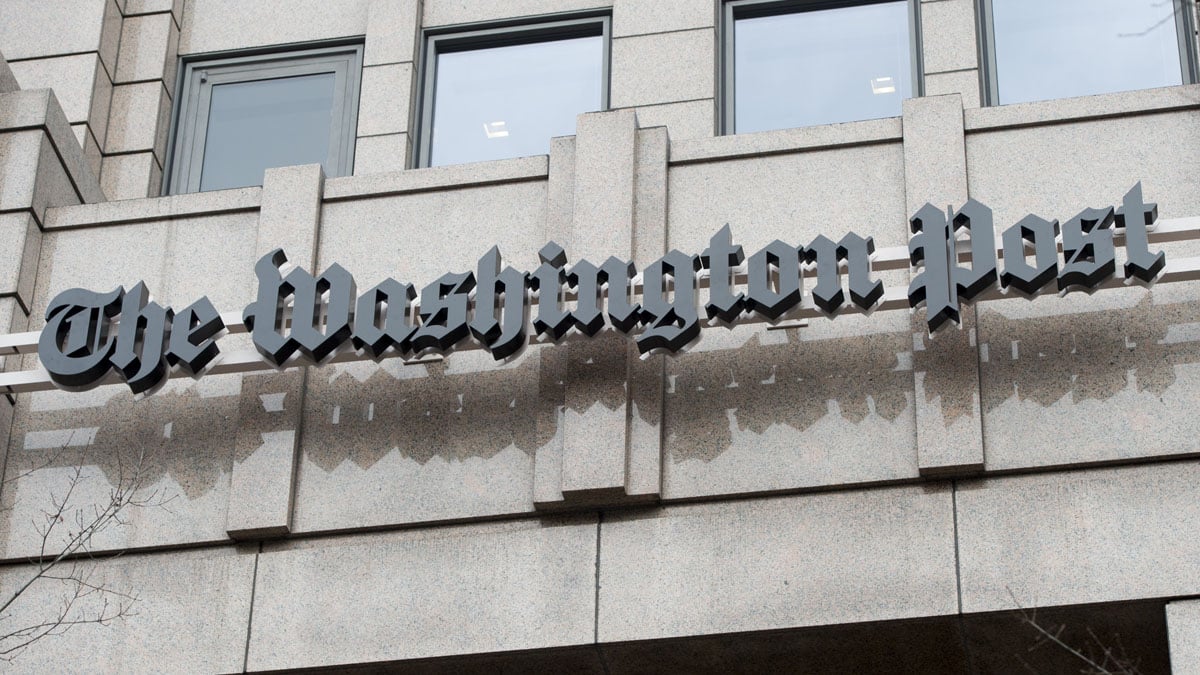 The Washington Post officially “corrected and removed parts of two stories” Friday after new revelations showed large portions of the so-called ‘Steele Dossier’ were either debunked or originated from political insiders close to Hillary Clinton and other members of the Democrat Party.

“The Washington Post on Friday took the unusual step of correcting and removing large portions of two articles, published in March 2017 and February 2019, that had identified a Belarusian American businessman as a key source of the ‘Steele dossier,’ a collection of largely unverified reports that claimed the Russian government had compromising information about then-candidate Donald Trump,” writes the newspaper.

“The newspaper’s executive editor, Sally Buzbee, said The Post could no longer stand by the accuracy of those elements of the story. It had identified businessman Sergei Millian as ‘Source D,’ the unnamed figure who passed on the most salacious allegation in the dossier to its principal author, former British intelligence officer Christopher Steele,” adds the Post.

Donald Trump has denied the veracity of claims made in the Dossier since the document was published by BuzzFeed News two months after the 2016 Election.

The material was previously shared with the FBI and used to substantiate surveillance warrants against insiders close to the Republican candidate.

Federal agents arrested the primary sub-source who contributed to the unverified anti-Trump dossier Thursday as part of Special Counsel John Durham’s investigations into the origins of the probe into whether the Trump campaign colluded with Russia to influence the 2016 presidential election.

Danchenko’s arrest is linked to a federal grand jury indictment in the U.S. District Court for the Eastern District of Virginia. Durham is charging Danchenko, a Russian citizen residing in Virginia, with five counts of making false statements to the FBI. The charges stemmed from statements Danchenko made relating to the sources he used in providing information to an investigative firm in the United Kingdom.

Danchenko is believed to be the sub-source for former British intelligence officer Christopher Steele, who compiled the dossier that served as the basis for Foreign Intelligence Surveillance Act (FISA) warrants against Trump campaign aide Carter Page. The dossier was funded by the Democratic National Committee and Hillary Clinton’s presidential campaign through law firm Perkins Coie.

posted by Hannity Staff – 2 days ago

A key player in the debunked Steele dossier gave thousands of dollars to former Secretary of State Hillary Clinton and other Democrats, according to Federal Elections Commission (FEC) filings reviewed by Fox News.

FEC filings reveal that Democrat spin doctor Charles Dolan has given over $60,000 to Democrats, including Clinton – whom Dolan volunteered for on her failed 2016 campaign.

Dolan, who has boasted on his now-deleted Twitter profile to have worked on “every Democrat Presidential Campaign since 1980,” gave Clinton $5,000 for her 2008 presidential campaign.

Outside of presidential politics, Dolan – a board member of the International Foundation for Electoral Systems – has also given to the campaigns of both Democrat Virginia senators, Mark Warner and Tim Kaine, as well as multiple House Democrat campaigns.

Dolan became a key figure in the story surrounding former British spy Christopher Steele after his attorney identified the public relations specialist as the unnamed executive who allegedly supplied information for the dossier in Special Counsel John Durham’s recent indictment of Igor Danchenko.

MOST BUSTED NAME IN NEWS: CNN Freaks Out, America ‘Headed to Hell’ with Musk Buying Twitter