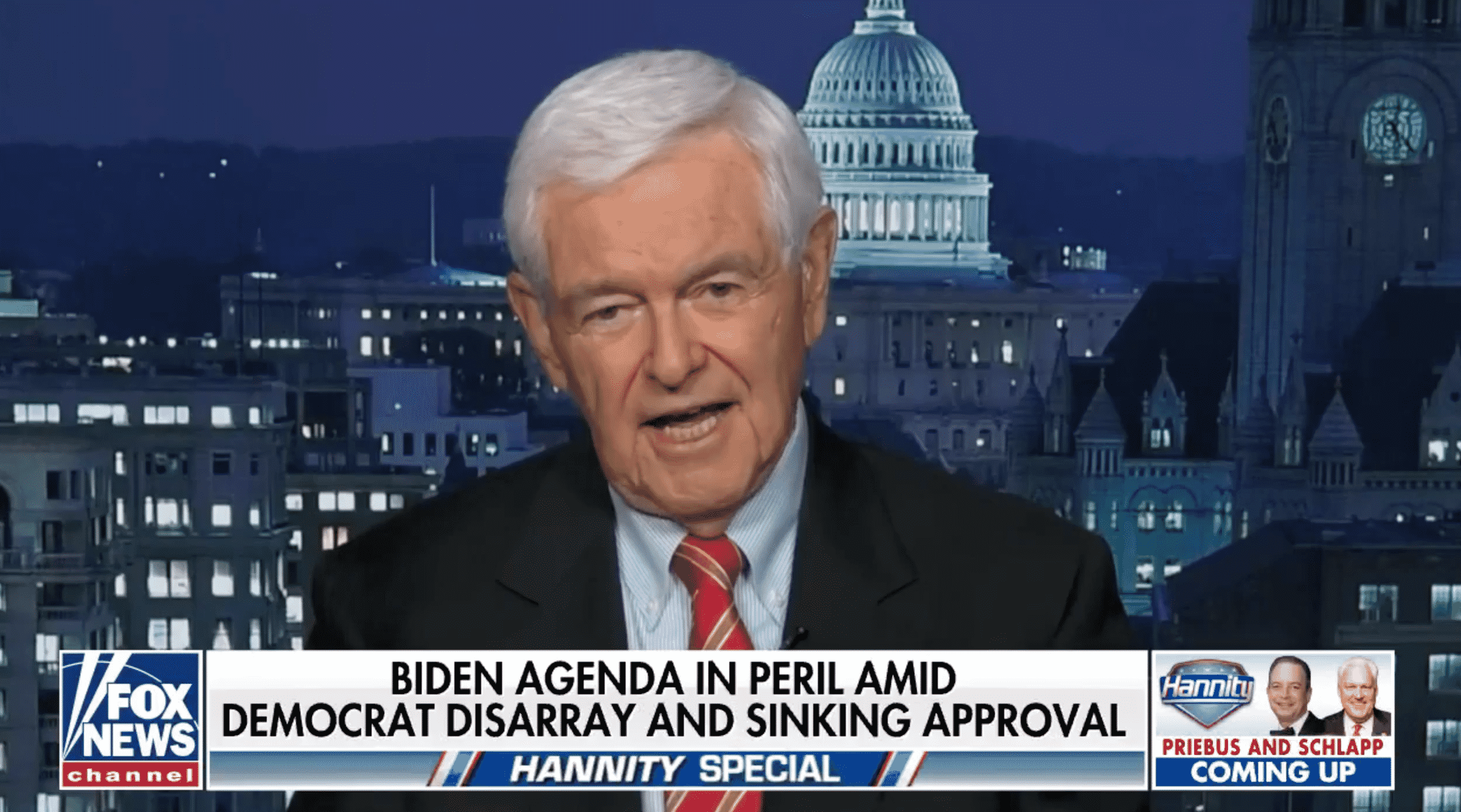 “I think she accomplished something very historic. She got CNN -the strongest supporter of liberal Democrats- to run an entire story pointing out that the President and Vice President’s team are fighting internally,” said Gingrich.

“This story was devastating. It starts with a simple fact. Biden’s at 38% approval, she’s at 28% approval… You’re going to see more of this back fighting. She hasn’t accomplished anything,” he added. “Watching Biden in public is frightening… Kamala Harris is probably the worst Vice President in American history.”

‘THE BUCK STOPS WITH YOU’: Boebert Blasts Biden, Demands Answers for 13 Lost in Afghanistan

‘WE NEED TO GET ON WITH OUR LIVES’: Sen. Marshall Intros Bill to End COVID Emergency

AIN’T THAT THE TRUTH: Trump’s TRUTH Social Gets 550% Boost in Downloads After Mar-a-Lago Raid