WHITE HOUSE RUMBLE: Kamala Cracks-Up When Asked If She Feels ‘Misused’ by Biden 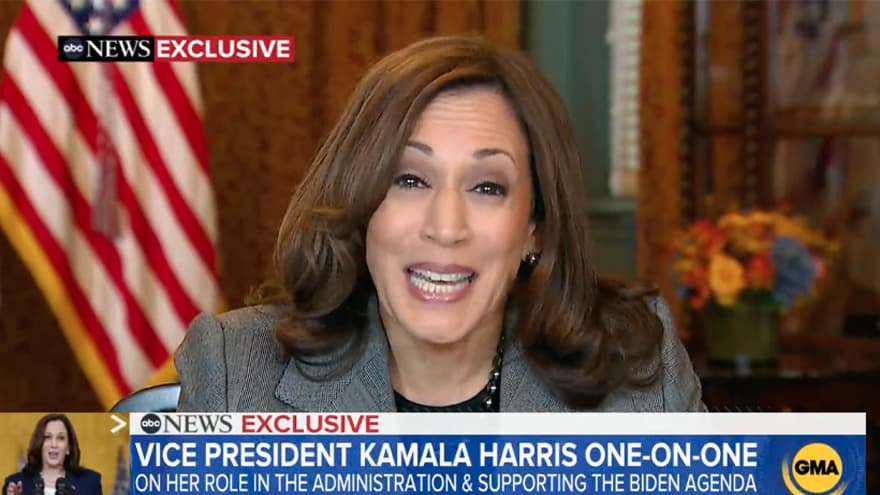 Vice President Kamala Harris laughed-off recent allegations from political insiders of infighting between her office and Joe Biden’s Thursday; cracking-up when asked if the rumors were true.

The Vice President was speaking with ABC News’ George Stephanopoulos when he asked if she felt “misused or underused” by the West Wing.

“No, I don’t,” Harris responded as she laughed.

“I am very, very excited about the work that we have accomplished but I am also absolutely, absolutely clear-eyed that there is a lot more to do and we’re gonna get it done,” Harris continued.

.@VP Kamala Harris pushes back on reports she has not been effective in her role, telling @GStephanopoulos: “We’re getting things done, and we’re doing it together.” https://t.co/Nh3u02dpDL pic.twitter.com/YvRENaTr18

SEE YA, ZUCK: Jeff Zucker Resigns From CNN for Failing to Disclose Relationship With Colleague