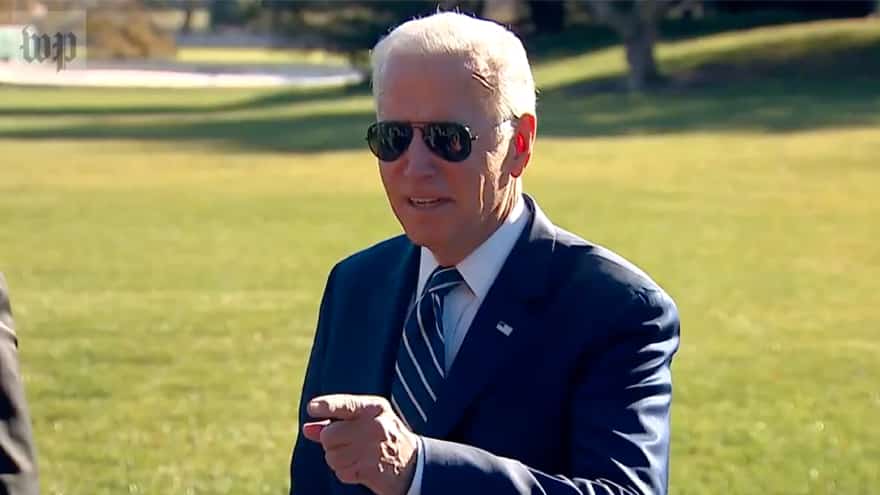 President Joe Biden found himself embroiled in another controversy Friday after Kyle Rittenhouse was cleared of all charges; raising questions over whether the Commander-in-Chief is guilty of defamation for labeling him a “white supremacist” on the campaign trail.

“I just heard a moment ago… I didn’t watch the trial,” said Biden when asked to discuss the verdict.

“Do you stand by your past comments equating him to white supremacy?” asked one reporter.

“Well look… I stand by what the jury has concluded,” claimed the President.

Biden on Rittenhouse verdict: “The jury system works, and we have to abide by it” pic.twitter.com/EuS9L5aUUw

The controversy surrounds a video released on September 30th, 2020 by then-Candidate Biden accusing President Donald Trump of refusing to “disavow white supremacists on the debate stage.”

“There’s no other way to put it: the President of the United States refused to disavow white supremacists on the debate stage last night,” posted Biden.

There’s no other way to put it: the President of the United States refused to disavow white supremacists on the debate stage last night. pic.twitter.com/Q3VZTW1vUV

The footage featured an image of Kyle Rittenhouse armed with a semi-automatic weapon.

A jury found Rittenhouse Not Guilty of all charges Friday afternoon.

Rittenhouse, 18, was on trial for killing two men and wounding a third with an AR-15 rifle during a violent night of protests in Kenosha, Wisconsin.

Call the White House at 202-456-1111 and let them know if you believe Joe Biden is guilty of defamation.

REBUKED in NY: AOC’s Influence in Question After Moderate Dem Defeats Her Pick for NYC Mayor

‘THIS IS THEIR CHRISTMAS’: DeSantis Blasts Media for Being Obsessed With Jan 6

BIDEN ON DEM MELTDOWN: Donald Trump Continues to Have a ‘Negative Impact’ on People’s Lives