Senate Democrats previously pitched the Senate parliamentarian on two plans that would provide permanent residency to millions of illegal invaders, but they were rejected for not complying with the rules for what can be included in legislation passed under reconciliation.

Still, radical House Democrats and some pro-illegal immigration groups are urging Senate Democrats to add the broader policy back into the legislation when it hits the Senate floor.

Nearly half of the House Democratic Caucus signed on to a letter urging their counterparts to add a pathway to citizenship in the bill, arguing the “role of the Parliamentarian is an advisory one, and the Parliamentarian’s opinion is not binding.”

AOC and 89 House Democrats sign a letter calling on Senate to reinstate a pathway to citizenship for tens of millions of illegal invaders in the Build Back Blunder bill.  They are asking Schumer to disregard the Senate Parliamentarian, calling her role “an advisory one and not binding.” 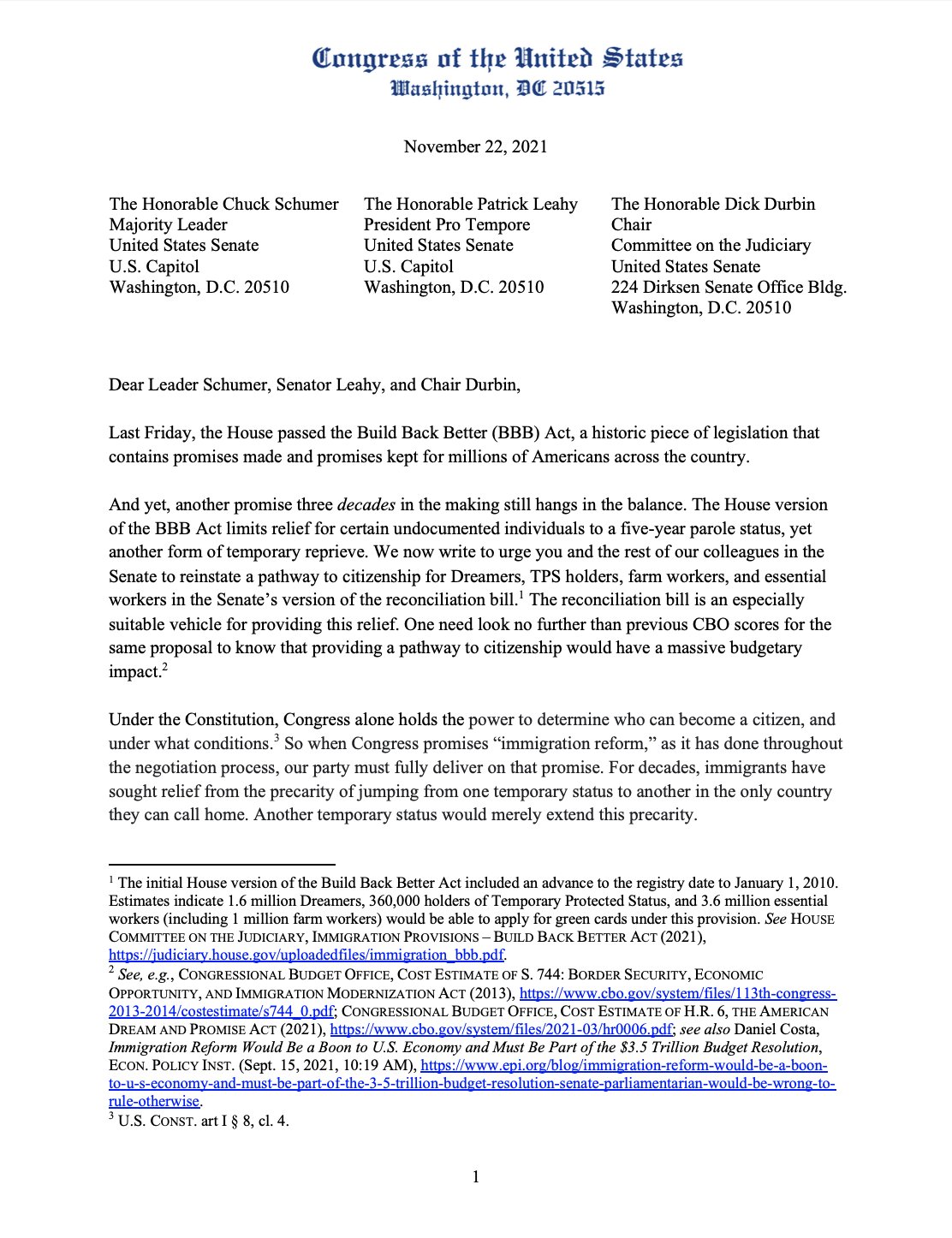 Beverly Hills Liberals are loading up on guns at secret shop…