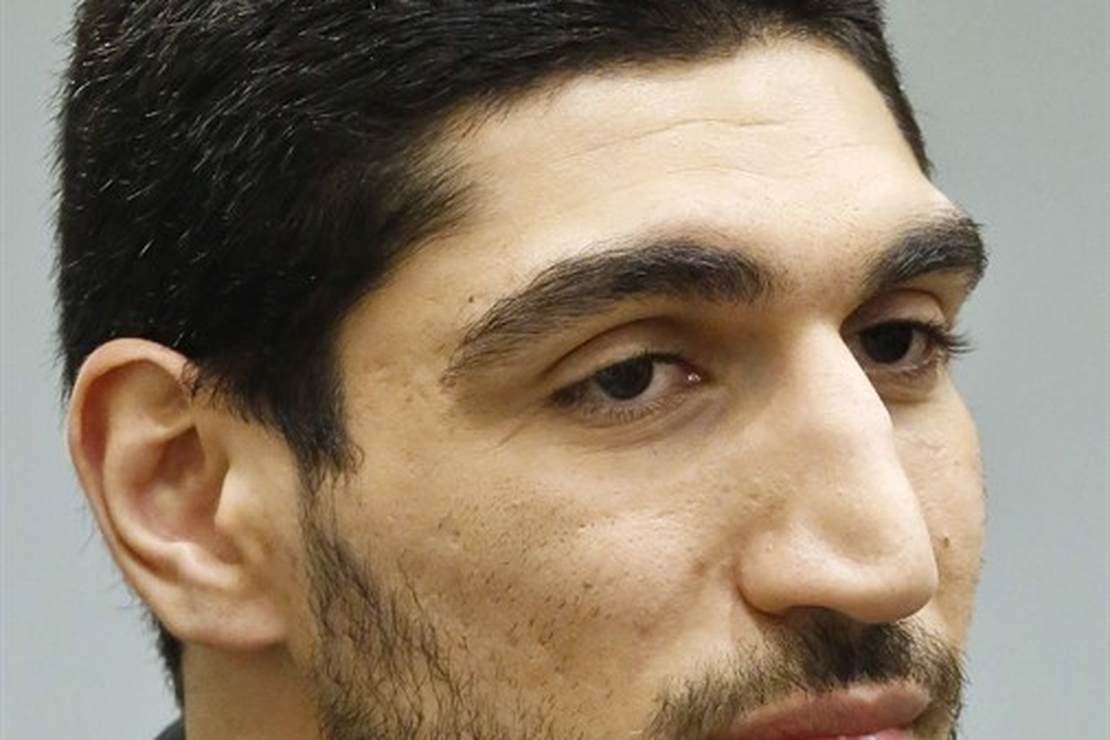 The outspoken Boston Celtics star will legally change his name to “Enes Kanter Freedom,” according to reports.

Boston Celtics center Enes Kanter is legally changing his name to Enes Kanter Freedom, @TheAthletic @Stadium learned. Kanter will be his middle name, Freedom is his new last name. He becomes a U.S. citizen on Monday.

While other NBA players wore cliché and divisive social justice messages during the tumultuous summer of 2020, Kanter chose the word “Freedom” on the back of his jersey.

Kanter, raised in Turkey, a country whose rogue leadership he’s criticized — leading to warrants for his arrest and revocation of his passport — is making the move to celebrate becoming a U.S. citizen Monday afternoon.

Kanter has continually been intrepid this fall, speaking out about the NBA and Nike’s nefarious relationships with Communist China, among much else.

He has criticized several important figures around the league, most notably the ignorant pro-China stooge LeBron James for his cowardice on matters relating to China.

Money over Morals for the “King” 👑

Sad & disgusting how these athletes pretend they care about social justice

They really do “shut up & dribble” when Big Boss 🇨🇳 says so

Did you educate yourself about the slave labor that made your shoes or is that not part of your research? pic.twitter.com/YUA8rGYeoZ

Kanter also supports Taiwan, advocates for Tibetan independence, criticizes Chinese genocidal treatment of the Uyghurs, and rightly argues for a boycott of the 2022 Beijing Olympics.