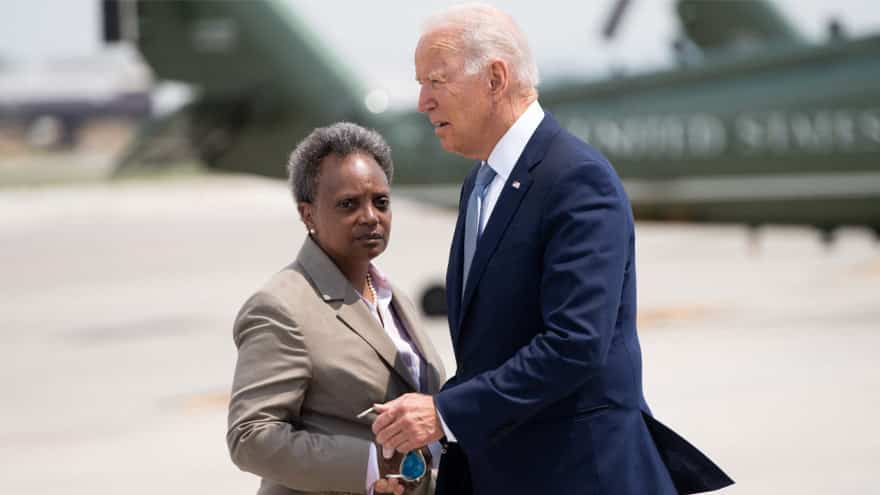 Murders in Cook County, Illinois -the area including Chicago and surrounding suburbs- topped 1,000 in 2021, the highest on record since 1994.

“With 1,009 recorded homicides to date, 2021 is on-pace to be among the worst years for homicides in Cook County history,” reports Fox Chicago.

“Our numbers are always more than both New York and Los Angeles put together, and to see that number increase even more is concerning,” Arunkuma said.

Sad and sobering homicide numbers for Cook County this year: 1009 and counting (777 in Chicago).
The last time they were more than 1000 in a year was 1994 when there were 1141. In 1991 the medical examiner’s office handled a record 1229 homicides. ⁦@ABC7Chicago⁩ pic.twitter.com/GnfMu8gQk3

“Everybody was all-in, in Illinois, to deal with COVID, but when it comes to the violence, all of the sudden it’s not even being spoken about, hardly,” added Father Michael Pfleger.

The victims include 156 children or teenagers, 96% are either African American or Hispanic. The homicide rate is up 40% compared to 2019.

“If I had an African American or Hispanic son right now — nine,10, 11-years old — I would get him out of the city. If I couldn’t afford to move, I would send him somewhere. It’s a killing field out here,” Pfleger said.

The plague of gun violence sweeping Chicago sadly continued this week when 13 people were shot and three murdered within a 24 hour period in the nation’s third largest city.

“Thirteen people were shot, three of them fatally, Wednesday in Chicago. One woman was killed and another was wounded in South Shore in the day’s latest fatal attack. About 8:50 p.m., they were in the 7800 block of South Cornell Avenue when they heard shots and felt pain, Chicago police said,” reports the Chicago Sun Times.

A day earlier, 15 people were shot and 2 killed.

“A 28-year-old was struck in the head and taken to the University of Chicago Medical Center, where she died, police said. The other woman, 35, was shot in the foot and refused medical treatment, police said,” adds the newspaper. “Wednesday afternoon, a man was killed in Lawndale on the West Side.”

Mayor Lori Lightfoot routinely blames her city’s gun violence on neighboring states and the Trump administration; claiming the President has “no interest” in protecting Chicago residents.

THANK YOU FOR YOUR SERVICE: America’s Last World War II Medal of Honor Recipient Has Passed Away

RAND ON FIRE: Sen. Paul Accuses Fauci of ‘Covering Your A**’ Over Virus Research in Wuhan Lab