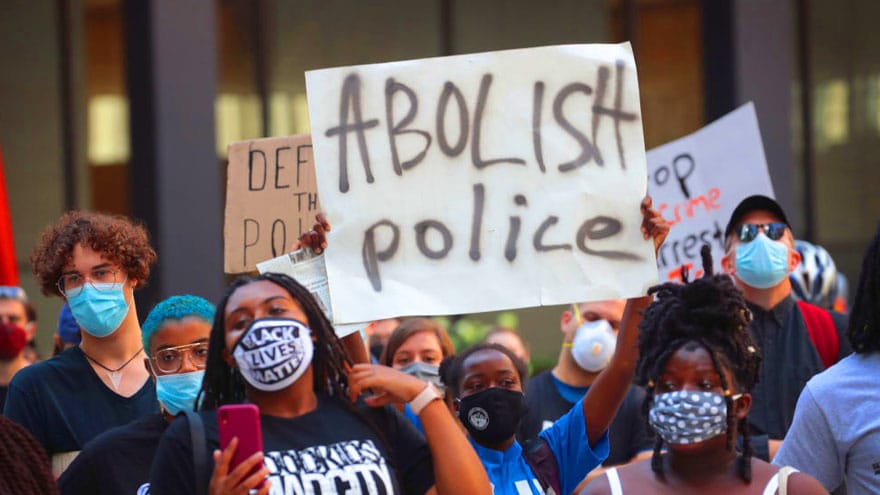 “To whoever vandalized our mural on 5th Avenue: nice try. @NYC_DOT has already fixed it. The #BlackLivesMatter movement is more than words, and it can’t be undone,” posted de Blasio on social media.

To whoever vandalized our mural on 5th Avenue: nice try. @NYC_DOT has already fixed it.

The #BlackLivesMatter movement is more than words, and it can’t be undone. pic.twitter.com/nlYTALCWxJ

The City that Never Sleeps witnessed more than a dozen shootings in a 15-hour span over the weekend; with Mayor Bill de Blasio telling residents the Big Apple is definitely “moving in the right direction!”

REPORT: There Were 15 Shootings In 15 Hours In New York City https://t.co/l3y97vHbdq

“The shootings — including a 21-year-old man left fighting for his life after being shot in the head while sitting in a car in Sheepshead Bay early Sunday — were more in one day than the whole of the same week last year, sources said,” adds the newspaper.

“I had gone to bed early and the next thing I knew I heard two pops out my window that sounded just like fireworks,” said one neighbor.

The Philadelphia arm of the Black Lives Matter movement has called for the “complete abolition” of the police department in five years as well as the scrapping of military bases abroad.

For more than a month, in the aftermath of George Floyd’s death, the Black Lives Matter (BLM) movement has called for sweeping changes across the country in the bid to end racial injustices. At the heart of the debate is the campaign to defund – or dismantle – police departments.

And according to BLM Philadelphia representative and activist YahNé Ndgo, the chapter has developed a five-year plan to do just that.

“One of the things that we are demanding over five years is the complete abolition. We don’t want to see any police in our community,” Ndgo told Fox News in an interview Tuesday. “Over the course of those five years, it gives time for the community to begin to build what is needed. We aren’t looking to leave any kind of vacancy around the issue of safety.”

From her purview, one of the main factors leading to crime is poverty and hunger – which in turn drives drug use and drug-related crimes.

“As we address these particular concerns, and at the same time build restorative justice practices, and build out our mental health response teams, and build medic responses,” she said, “[These are] responses that really actually deal with the issues that are in place. Then we will have less crime anyway.”

FLORIDA STRONG: Support Those Affected by Hurricane Ian With This Limited T-Shirt

THE ‘TIMES’ THEY ARE A-CHANGIN’: NYT Columnist Says Biden Must Announce He Won’t Run in 2024