THIS IS REAL: Psaki Says Biden Hasn’t Visited Waukesha Victims Because That Requires ‘A Lot of Assets’ 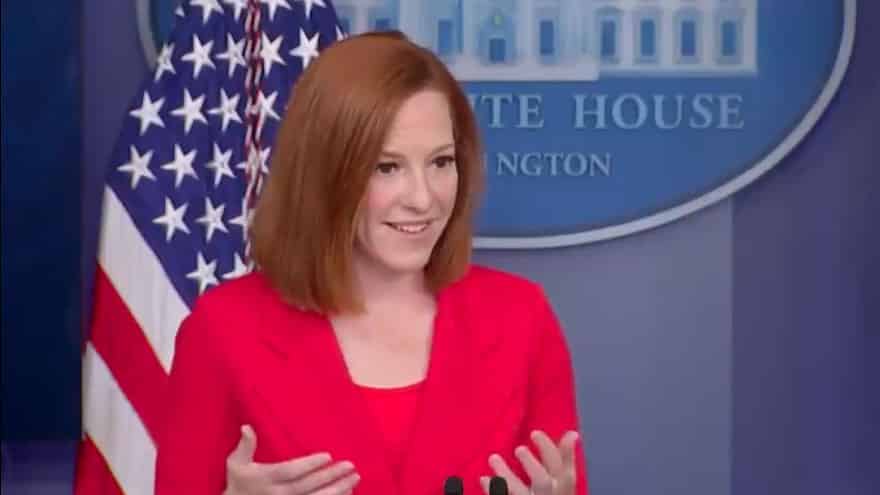 White House Press Secretary Jen Psaki faced new questions over the President’s reaction to the Waukesha SUV rampage that killed multiple victims at a Christmas Parade Tuesday; saying he hasn’t visited the region because that would require “a lot of assets.”

“Since the president said that this administration is monitoring this situation closely,” Doocy asked Psaki, “It has been revealed by prosecutors that the assailant swerved his truck side-to-side, as part of an intentional act, to run over as many people as possible.”

“Why hasn’t the president visited the members of this Christmas parade attack?” Doocy asked.

Doocy: “Since [Biden] said that this administration is monitoring the situation in Waukesha closely, it has revealed…the assailant swerved his truck side-to-side to run over as many people as possible…Why hasn’t [he] visited the members of this Christmas parade attack?” (6/6) pic.twitter.com/dAUvsP64Ff

“We’ve been in touch, obviously, with officials there; and we’re all watching as people are recovering,” Psaki responded, “and this is such a difficult time of year for this to happen. It’s difficult anytime,”

“Any President going to visit a community requires a lot of assets, requires taking their resources, and it’s not something that I have a trip previewed at this plan,” Psaki said. “We remain in touch with local officials. and certainly, our hearts are with the community as they’ve gone through such a difficult time.” Psaki concluded.

LIBERAL MATH: Biden Admin Says $3.5T Package ‘Costs $0’ BUT Will Be Paid For by the ‘Very Wealthy’

LAST-DITCH EFFORT: Biden Arrives at US Capitol to Save His Failing Domestic Agenda