The Oregon Health Authority’s Rules Advisory Committee is reportedly drafting a more “permanent set” of rules for masking in the state, despite the fact that a statewide mask mandate has been in place for months.

Oregon initially put a statewide mask mandate in place in the early months of the pandemic — May 2020. It remained in place for over a year until June 2021. However, the freedom was short-lived, as Oregon officials reimposed the requirement two months later in August. At the time, Gov. Kate Brown (D) also implemented an outdoor mask mandate, requiring individuals to wear a mask in “all public outdoor settings where physical distancing is not possible, regardless of vaccination status.” That took effect August 27, but officials lifted it right before Thanksgiving.

Oregon still has an indoor mask requirement in place, but it is set to expire in February. According to KGW, “Oregon health leaders wants to be able to switch to a permanent rule before then.”

“The permanent rule can still be ended once the COVID-19 pandemic recedes to a safe level, but it can remain in place indefinitely in the meantime and won’t expire prematurely while case numbers are still dangerously high,” the outlet reported:

Oregon has not yet publicly released a copy of the draft permanent rule, so it’s not clear whether it includes any major changes to the guidelines from the current temporary rule.

The draft permanent rule will be released publicly by mid-December, according to OHA policy specialist Ilana Kurtzig, and there will be a public comment period starting in late December leading up to a public hearing in mid-January. 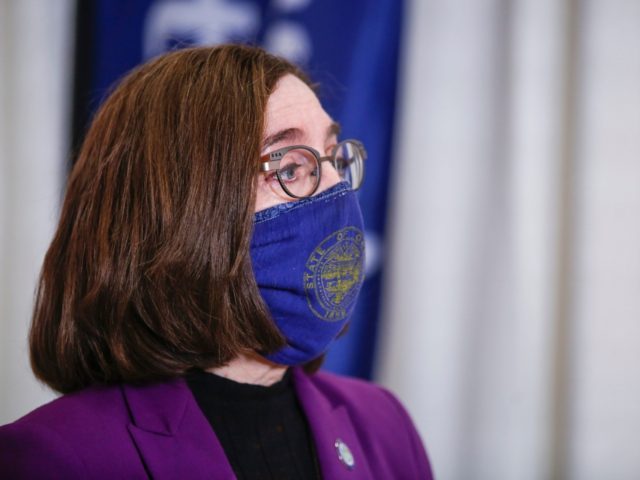 Oregon’s current mask requirement extends to “indoor spaces,” which are defined as “anywhere indoors, including but not limited to public and private workplaces, businesses, indoor areas open to the public, building lobbies, common or shared spaces, classrooms, elevators, bathrooms, transportation services and other indoor space where people may gather for any purpose.”

“An indoor space does not include a private residence or a private automobile being used for personal use and that is not used for ride sharing services,” the rule adds.