AMERICAN HEROES: Pearl Harbor Survivors Gather to Remember Those Killed in the Attack 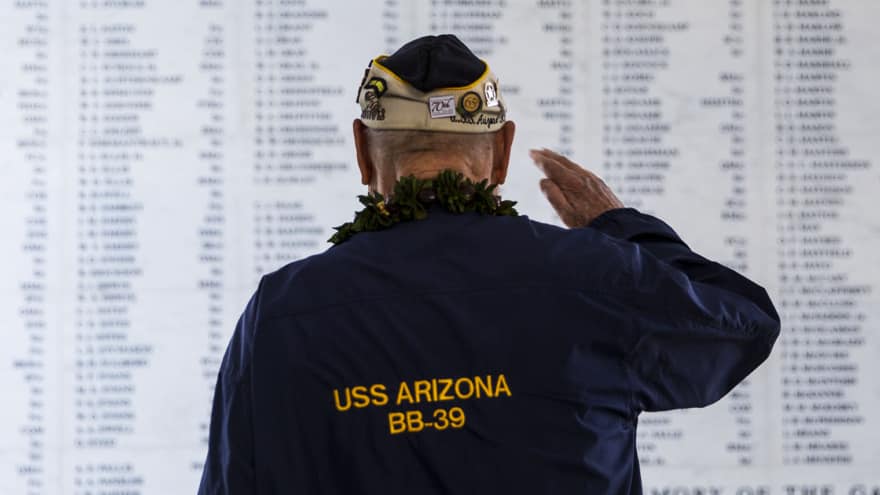 As the nation marks the 80th anniversary of the Pearl Harbor attack against America by Japan on Tuesday, Dec. 7, 2021, veterans around the country shared their thoughts and insights with Fox News Digital, noting the significance of the event all these decades later.

“When we’re united as a country, we cannot be defeated,” one New York-based veteran, a father of four, told Fox News Digital. “That’s my takeaway. What happened after Pearl Harbor shows that when we stand together, we cannot be beat.”

He added, “A lot of young guys enlisted during World War II to be part of the war effort. Many of them were even underage. They wanted to help this country — to help our country. They wanted us to win. There was a feeling of unity toward a common goal.”

This same veteran, who served during the Vietnam era, also said, “And if we don’t unite today, we will certainly fall.”

The Pearl Harbor attack against the United States was a surprise military strike by the Imperial Japanese Navy at Pearl Harbor, Hawaii, at 7:48 a.m. local time, eighty years ago to this day. That attack led to America’s entry into World War II in the Pacific and European theaters. The attack killed 2,403 U.S. personnel, including 68 civilians, and destroyed or damaged 19 U.S. Navy ships, including eight battleships, according to the National World War II Museum.

Jeremiah Martin, a US Army veteran from Shelby, Ohio, told Fox News Digital, “The response to the attack on Pearl Harbor represents an American legacy — a legacy of courageous men and women willing to stand up and defend liberty at home and abroad. It’s because the Greatest Generation was willing to stand up to tyranny abroad that my family is able to live in peace and prosperity here at home today.”

Martin added, “I served overseas in the Army in support of Operation Enduring Freedom and Operation Inherent Resolve. Today, 80 years after Pearl Harbor, I’m proud to be a part of a longstanding legacy. It’s my hope and prayer that the ‘sleeping giant’ that was awakened 80 years ago will still have the courage, will, and fortitude to pursue peace through strength for generations to come.”

‘I APPLAUD HIM FOR HAVING THE BACKBONE’: Disney Employee Running for Congress Backs DeSantis

TRUMP CALLED IT: Watch Trump Say Gas Will Be $7 or $8 a Gallon Under Biden