WATCH: Kamala Harris is Perplexed by Charing an Electric Car, ‘There’s No Fumes?’ 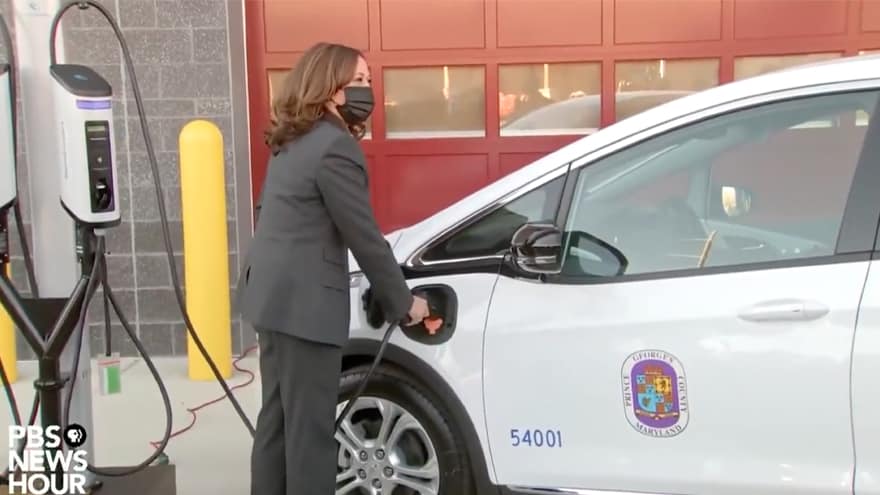 Vice President Kamala Harris attempted to charge an electric car this week; bizarrely asking how she knows it’s “working” if there are no “sounds and fumes.”

“There we are… There’s no sound or fumes?” said the Vice President. “You usually can smell it and hear it… There’s none of that. So, how do I know it’s actually working?”

Progressive Democrat Pramila Jayapal dismissed critics this week who claim the President’s ‘Build Back Better’ program will add to the national debt; claiming recent surveys fail to take-into-account the “wellbeing of the aplenet.”

“CBO scores are outdated to start with in terms of what and how they assess. Many new ideas w/out economic data to help generate a score never get scored accurately,” Jayapal, D-Wash., said. “Future savings, inclu (sic) reductions in poverty, wellbeing of planet, don’t get scored.”

“On top of that, if you now tell CBO that they should score not based on what is in the bill but an assumption of what happens if all the programs in the bill get extended for some period of time, that topples all credibility of scores. That’s fictional scoring,” Jayapal added. “GOP asking for score on Build Back Better that extends all the programs to 10 years is completely ridiculous.”

“They want to spend $2.4 trillion and buy with that almost $5 trillion worth of stuff. So the way they’re doing that is by making a number of the policies temporary,” Committee for a Responsible Federal Budget senior vice president Marc Goldwein told Fox News last month.

Watch the strange moment above.

‘WE ARE GOING TO END FOSSIL FUEL’: 81 Ways Candidate Joe Biden Has Kept His Promise

#BareShelvesBiden Trends on Twitter: Getting Tougher for Dems to Downplay the Impact of the Supply Crisis