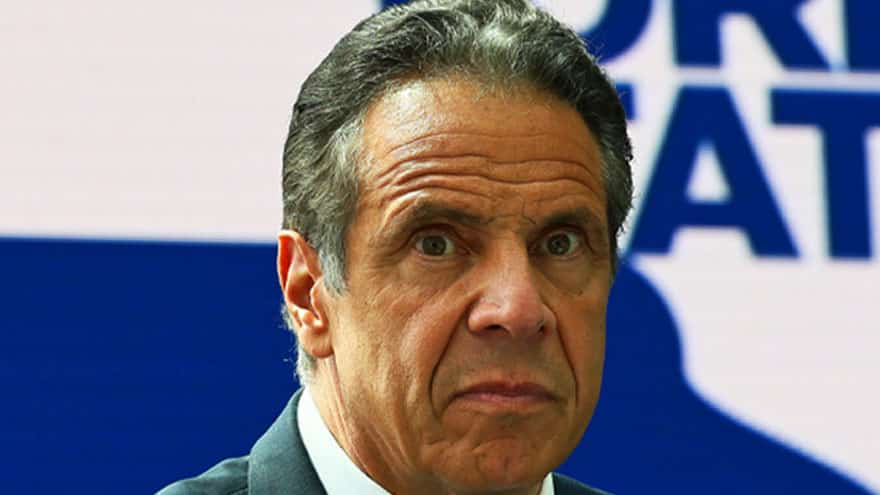 ANOTHER CONSPIRACY: Cuomo Says Public ‘Should Be Skeptical’ About Vaccine Recommended By the FDA

New York Governor Andrew Cuomo promoted another anti-vaccine conspiracy theory Monday morning; telling ABC News the public “should be skeptical” about taking any CoVID medication recommended by the FDA and the CDC.

“How confident are you in the approval process at the FDA right now?” asked ABC News.

“How confident am I? I’m not that confident… You’re going to say to the American people: Here’s a vaccine, it was new, it was done quickly, but trust this administration that it’s safe? I think it’s going to be a very skeptical public about taking this vaccine, and it should be,” said Cuomo.

.@andrewcuomo: Americans “should be” skeptical of an FDA-approved COVID-19 vaccine. pic.twitter.com/tIryqq8ECU

New York Governor Andrew Cuomo resigned from office Tuesday afternoon following a series of sexual assault allegations; ending months of speculation over the Democrat’s political future and the fate of the state.

“Gov. Andrew Cuomo resigned over a barrage of sexual harassment allegations Tuesday in a fall from grace a year after he was widely hailed nationally for his detailed daily briefings and leadership during the darkest days of COVID-19,” reports the Associated Press.

“The three-term governor’s decision was announced as momentum built in the Legislature to remove him by impeachment. It came after New York’s attorney general released the results of an investigation that found Cuomo sexually harassed at least 11 women,” adds the AP.

BREAKING: New York Gov. Andrew Cuomo resigns amid a barrage of sexual harassment allegations a year after he was hailed for his leadership during the darkest days of COVID-19. https://t.co/RKWEVzKVYR

Learn American Sign Language from the Experts with These $35 Courses

TULSI TRUTH BOMBS: Gabbard Sides With FLA, ‘Parents Should Raise Their Kids, Not the Government’