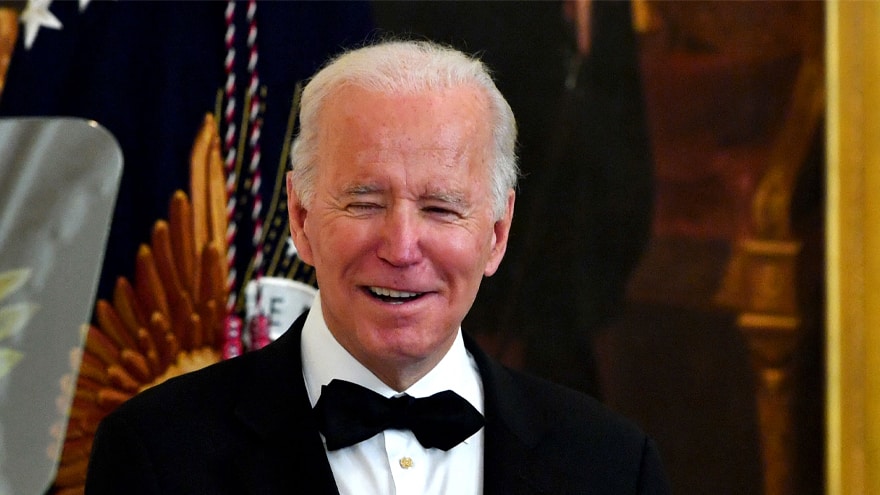 Wholesale prices rose a staggering 9.6% compared to November 2020, the highest rate ever recorded.

“The producer price index for final demand increased 9.6% over the previous 12 months after rising another 0.8% in November. Economists had been looking for an annual gain of 9.2%, according to FactSet,” reports CNBC.

“Excluding food, energy and trade services prices rose 0.7% for the month, putting core PPI at 6.9%, also the largest gain on record. Estimates were for respective gains of 0.4% and 7.2%, meaning the monthly gain was faster than estimates but the year-over-year measure was a bit slower,” adds the financial website.

President Biden released an official statement Friday after new economic data showed America’s inflation rate jumping 6.8% in November, the fastest pace since the aftermath of the Carter Administration in 1982.

“Today’s numbers reflect the pressures that economies around the world are facing as we emerge from a global pandemic — prices are rising.  But developments in the weeks after these data were collected last month show that price and cost increase are slowing, although not as quickly as we’d like,” writes Biden.

“Half of the price increases in this report are in cars and energy costs from November. Since then, we have seen significant energy price reductions. Gas prices nationally are down from their peak; prices in 20 states are already below their 20-year average and the price of natural gas is down 25% from its November average. On cars, we have in recent weeks begun to see a decline in used car prices on the wholesale market which should translate into lower prices for Americans in the months ahead,” he adds.

“Finally, the challenge of prices underscores the importance that Congress move without delay to pass my Build Back Better plan, which lowers how much families pay for health care, prescription drugs, child care, and more. American families should not have to wait to get relief on the cost of prescription drugs like insulin, or see their childcare costs cut by more than half. Independent economists have projected that this plan will save a typical family of four $7,400 every year — while easing long-run inflationary pressures on our economy. For anyone who, like me, is concerned about costs facing American families, passing BBB is the most immediate and direct step we can take to deliver,” writes the President.

‘AMERICAN PEOPLE DEMAND ANSWERS’: Stefanik Says Subpoena Hunter Biden, ‘Let’s Get to the Bottom of It’

BOEBERT BLASTS ‘PELOSI’S MINIONS’: ‘Another $1.5 Trillion Dollar Bill No One Will Read’

BREAKING NOW: DC to Require Indoor Masking for Everyone Over the Age of Two