SCHUMER: CBO Score Confirming Biden’s Budget Will Add Billions to the Debt is ‘A Fake’ 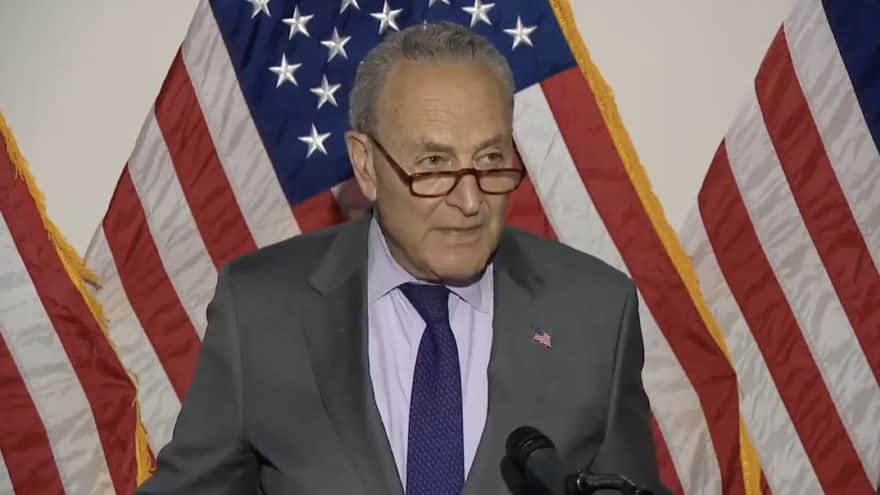 “That’s a fake… The bottom line… It will not create any inflation because we’re paying for it,” claimed Schumer.

.@SenSchumer attacks the CBO as “fake” for debunking Democratic claims the Build Back Better bill is “fully paid for” pic.twitter.com/Orepd3UKfi

A new report published by a professor at the University of Chicago is shedding more light on Joe Biden’s economic impact on middle-class Americans; saying his proposal could double child care costs for working families.

“It shows that child care costs could increase by up to 102% – and as much as 122% – for some Americans under Biden’s signature economic agenda, which would cap child care costs at no more than 7% of parents’ income for those earning their state’s median income. Parents are required to be working, searching for a job, in school or dealing with a health issue in order to qualify,” reports Fox News.

“For a family with an infant and a 4-year-old, that could mean an additional annual expense of up to $27,000 unless they qualify for the subsidies in the Democrats’ spending bill. About half of families using non-parental child care would fall into that category, according to the analysis,” adds Fox.

“It is challenging to forecast how families would cope with such harmful and disruptive changes in childcare costs,” the professor wrote. “Many families may respond by withdrawing a parent or relative from the workforce to provide the care.”

“Join us. Go to JoeBiden.com… Sign up, volunteer, contribute if you can, but we need you very badly. Every vote matters tomorrow… Look, tomorrow is Super Thursday… Tuesday. I’ll tell you what, I’m rushing ahead aren’t I?” asked Biden.

JOE A ‘NO’ ON ROE BILL: Manchin Bucks Party, Won’t Vote With Democrats on Abortion Bill

CANCER CONFUSION: Biden Says He Has Cancer from ‘Oil Slick,’ White House Cleans it Up