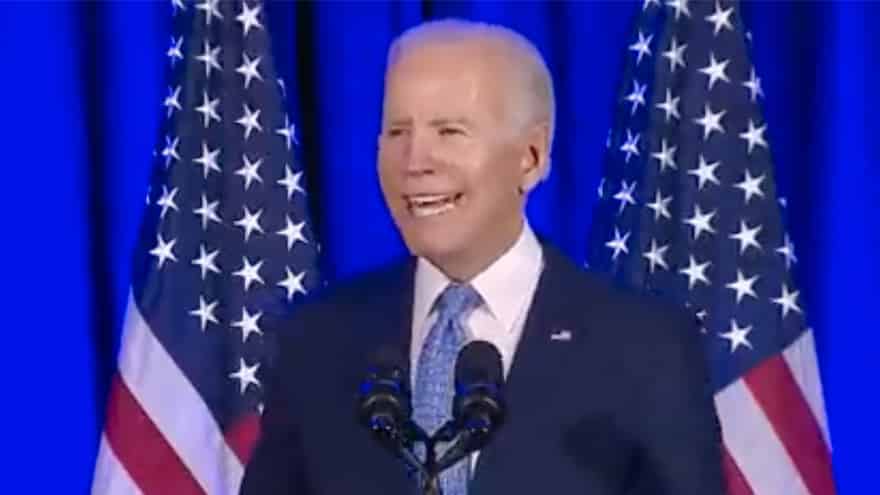 BIDEN IN S. CAROLINA: ‘It’s Important that Iowa and NEVADA Have Spoken’

“It is important that Iowa and Nevada have spoken,” Biden told the crowd. Nevada will hold their caucus on February 22nd.

“It is important that Iowa and Nevada have spoken,” Joe Biden says, presumably meaning New Hampshire as Nevada hasn’t yet spoken.

Joe Biden confuses Nevada with New Hampshire & they’ve only been to two states so far. pic.twitter.com/Bchk7MHU7u

She told reporters after:

“I’m not bolted to my senate desk anymore and I was able to get out here in New Hampshire and it’s made a big difference” she adds, “Imagine what I’ll do in Nevada!” pic.twitter.com/cfwQS1MHax

“I’m not bolted to my senate desk anymore and I was able to get out here in New Hampshire and it’s made a big difference” she adds, “Imagine what I’ll do in Nevada!”

BIDEN IN NEW HAMPSHIRE: ‘I’ve Been to Vermont a Number of Times, I love This Place’

Former Vice President Joe Biden continued his gaffe-riddled campaign over the weekend; telling supporters in New Hampshire he’s been to Vermont a “number of times” dating back to 2014.

“I’ve been here a number of times…I love this place. Look, what’s not to like about Vermont in terms of the beauty of it?” Biden told reporters.

Biden, who is in New Hampshire, thinks he is in Vermont

At some point, the media is going to have to stop calling this “gaffes” https://t.co/Dhno1WN2rU

Biden made a similar mistake just days ago, telling a packed audience the assassinations of Robert Kennedy and Martin Luther King Jr occurred in “the late ‘70s.”

“Just like in my generation, when I got out of school, when Bobby Kennedy and Dr. King had been assassinated in the ’70s, the late ’70s when I got engaged … ,” Biden recalled.

The two leaders were killed two months apart in 1968.

Biden is facing more campaign issues this week; with analysts saying his fundraising efforts have “tumbled” since a series of gaffes on the campaign trail.

“More than 60 percent of the $13.2 million Biden has raised online came in the first week of his campaign, which launched in late April, according to a POLITICO analysis of data from the Democratic fundraising platform ActBlue. While other top candidates spiked early and then gradually raised more money online as the 2020 campaign has carried on, Biden’s pattern is similar to O’Rourke, who roared into the race with millions raised in his first day but has trickled off since then,” adds the website.

LIFE, LIBERTY & LEVIN: ‘We Have a Damn Fool in the White House,’ ‘A Disgrace and a Disaster’

NOT LISTENING: Protester Tells FLOTUS Joe is the Worst, She Says ‘Thank You’