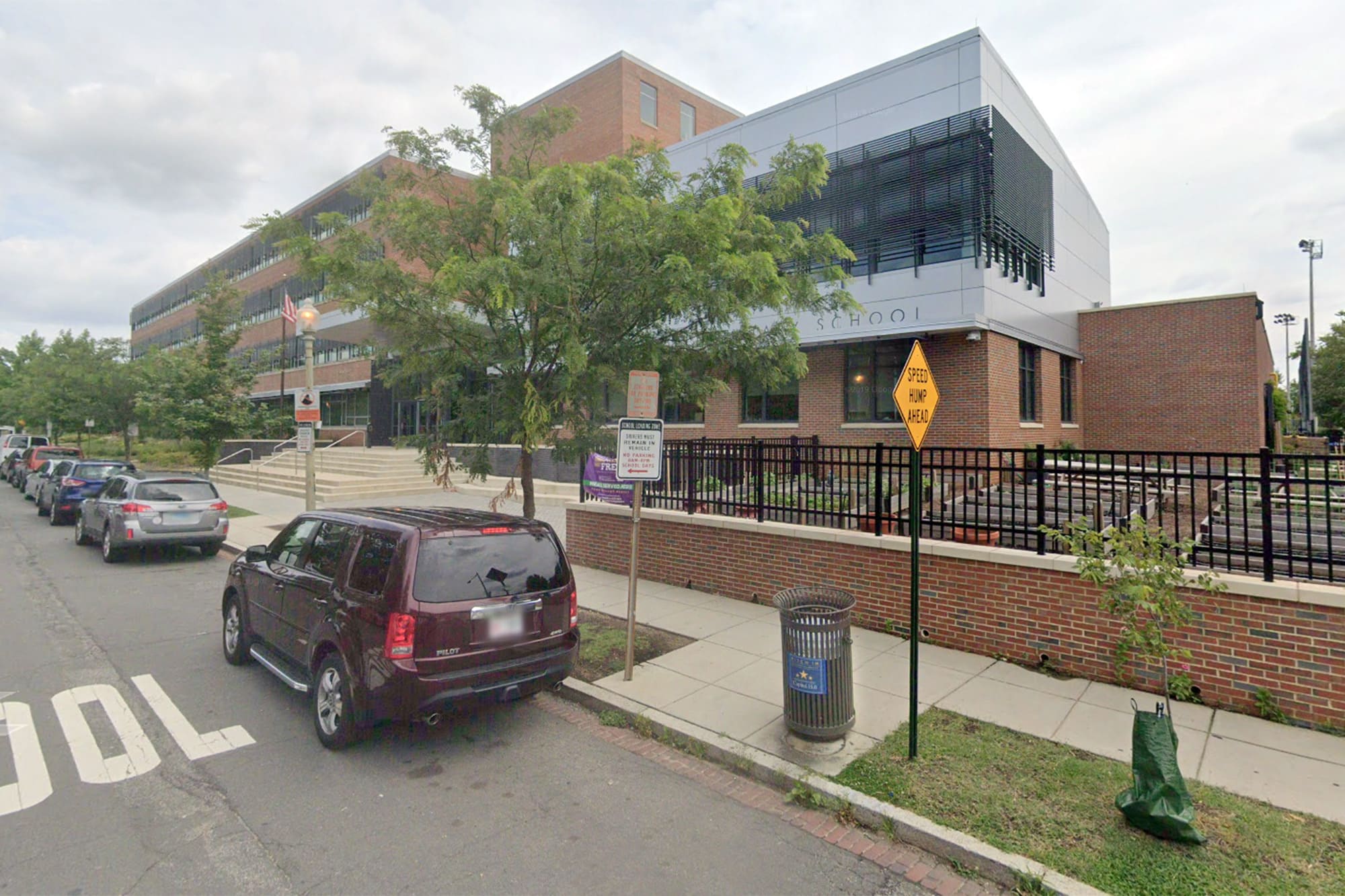 Children told to simulate digging mass graves and shooting victims; Jewish student cast as Hitler and made to pretend to commit suicide at end of exercise

The Times of Israel reports “A staff member at a Washington DC school has been suspended after making third-grade children reenact scenes from the Holocaust, including getting them to pretend to dig mass graves and shoot victims, and telling them the Germans were angry ‘because the Jews ruined Christmas,’ parents and officials said Sunday.”

The teacher at DC’s Watkins Elementary School was placed on leave Friday after assigning specific roles to students, including Adolf Hitler. Children were directed to dig their own classmates’ mass graves and simulate shooting and killing them.

She cast one student as Adolf Hitler, according to an email from Watkins Elementary School Principal MScott Berkowitz to the third-graders’ parents. He did not name the staff member. That student is Jewish, according to the parent of a student who was asked to participate. At the end of the exercise, the child was told to pretend to commit suicide, as Hitler did.

Originally, the students were in library class on Friday for a self-directed project they would present to their classmates before winter break. But the instructor had students participate in the reenactment during their allotted research time, Berkowitz wrote to parents.

“I want to acknowledge the gravity of this poor instructional decision, as students should never be asked to act out or portray any atrocity, especially genocide, war, or murder,” Berkowitz said in the email.

A different parent of a student who was a part of the reenactment said her son had to pretend to be on a train to a concentration camp, then act as if he were dying in a gas chamber. He also had to act as if he were shooting his peers, the parent said. The parent spoke on the condition of anonymity and declined to name the child.

Michael Sabbeth, author of The Good, The Bad & The Difference: How to Talk with Children About Values observes: “The teacher’s behavior is what parents are up against. Subverting parental authority weakens the barricade against boundless control.”
Sabbeth adds, “Parents are the foundation for raising children, hopefully guiding them to be ethical and virtuous adults. Prudent parents can help the child identify larger principles that frame specific incidents such as what the teacher forced the children to do in school, while telling them not “not to tell anyone about it.”
The teacher allegedly made antisemitic comments during the reenactment. The parent said that when the children asked why the Germans did this, the staff member said it was “because the Jews ruined Christmas.”

The instructor also told students after the reenactment not to tell anyone about it. However, the students told their homeroom teacher, said one parent.

A complaint was filed with DC Public Schools’ Central Equity Response Team.
“This was not an approved lesson plan, and we sincerely apologize to our students and families who were subjected to this incident,” a spokesperson for DCPS said, according to the Post. The entire class met with the school’s mental health response team after the incident, according to Berkowitz’s email.

‘DRAIN THE SWAMP ONCE AND FOR ALL’: Crowd Erupts at CPAC as Trump Takes on Deep State

THE GREAT ONE: ‘We Need a Biden Crime Family Committee and We Need One Right Now’