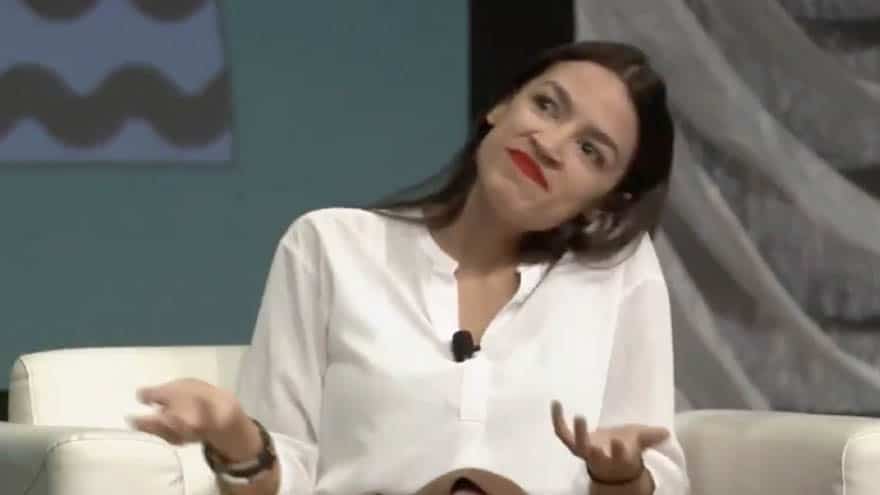 In an appearance on MSNBC’s “Morning Joe,” Ocasio-Cortez seethed at Manchin, who announced Sunday he would vote against the massive Build Back Better social policy package and complained that the U.S. Senate was “notoriously” designed for smaller populations to have more power than larger ones.

“The House of Representatives, and that’s even with the gerrymandering, is the only majority that most reliably delivers the actual will of the majority of people and voters of the United States of America. That is why they call this the people’s house,” she said. “It is extremely difficult to hold together a House majority, and especially with the razor-thin margin that we have around this agenda. So the idea that Joe Manchin says he can’t explain this back home to his people is a farce. I mean, it’s a farce in terms of plain democracy, because I represent more, or just as many or more people than Joe Manchin does. Perhaps more.”

Rep. @AOC (D-NY): “The president did say that the Build Back Better Act was promised and that he’s got it. And we said … no one can really promise a Manchin vote.” pic.twitter.com/GhqZBg20xi

Ocasio-Cortez wasn’t corrected by her MSNBC interviewers, but she wasn’t close in her pronouncement. West Virginia has about 1.8 million residents, making it the 10th-least populated state, while her district in Queens and the Bronx has around 700,000 residents, as of 2019 estimations.

In Ocasio-Cortez’s 2020 reelection bid, she received 152,661 votes in a landslide victory over GOP opponent John Cummings. While her victory was never in doubt in her deep-blue district, Manchin faced one of the country’s toughest reelection bids in the 2018 midterms, winning more than 290,000 votes in a narrow victory over Republican Patrick Morrisey. Former President Trump carried West Virginia in landslides in 2016 and 2020.

‘GET YOUR A** OUT THERE AND TALK TO THEM’: Watch Hannity Torch Trudeau, ‘You’re a Disgrace’