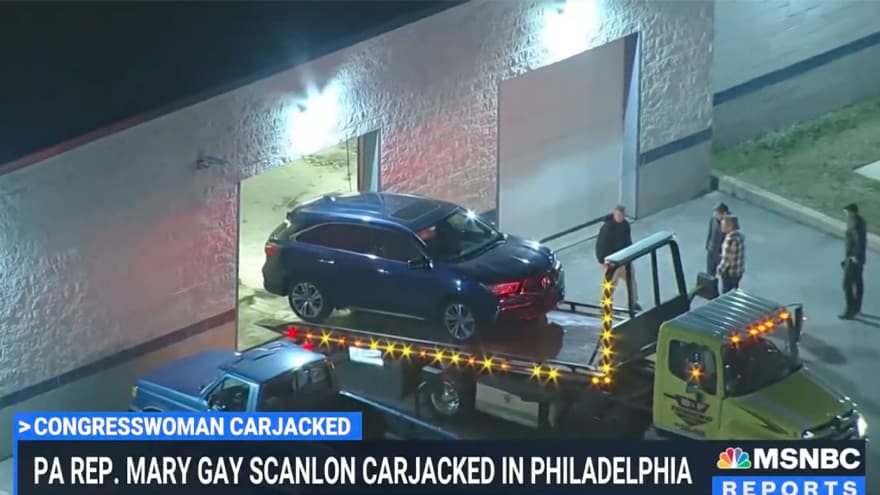 Two Democratic lawmakers who supported efforts to reform police departments across the country were reportedly carjacked in Philadelphia and Chicago within a 24-hour window this week.

“Lightford was driving with her husband, Eric McKennie, in Broadview at about 9:45 p.m. when three masked suspects in a Durango SUV hijacked the couple’s black Mercedes,” writes the newspaper.

Pennsylvania Congresswoman Mary Gay Scanlon had her car and possessions stolen from her at gunpoint in a daylight carjacking in Philadelphia today. She was physically unharmed. #paleg https://t.co/jFIuAqvlAC

“First and foremost I am thankful that my husband and I are alive and physically unharmed. I am trying to process the trauma of what happened. I want to thank everyone who has offered their love and support,” she said.

‘THEY CANNOT RUN ON A RECORD OF FAILURE’: Watch McCarthy Torch Retiring Democrats