COMRADE DE BLASIO: ‘Every Mayor, Every Governor, Every CEO Should Do Vaccine Mandates Now’ 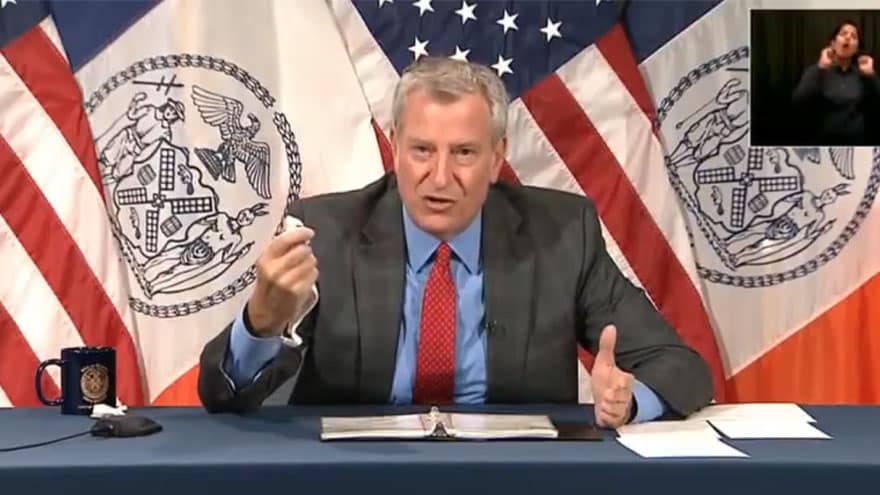 “We’ve got to get out of the COVID era. Today, we’re implementing the strongest vaccine mandate in the country. All private sector employees. This is what we need to do everywhere. Every mayor, every governor, every CEO in America should do vaccine mandates now,” said the Mayor.

President Biden confused millions of Americans Monday during a phone conference with the nation’s governors; saying there is no “federal solution” to the COVID pandemic despite campaigning on defeating the virus throughout the 2020 race for the White House.

The exchange occurred between the Commander-in-Chief and Arkansas Governor Asa Hutchinson.

“One word of concern or encouragement for your team is that as you look towards federal solutions that will help alleviate the challenge, make sure that we do not let federal solutions stand in the way of state solutions,” Hutchinson said. “The production of 500 million rapid tests that will be distributed by the federal government is great, but obviously that dries up the supply chain for the solutions that we might offer as governor.”

“There is no federal solution. This gets solved at the state level,” Biden responded.

BIDEN, TODAY: “There is no federal solution” to COVID.

WATCH: Biden Insists $4.6 TRILLION in New Spending Will Add ‘Zero’ to the Deficit