‘BIDEN GIVES UP’: President Bashed from Both Parties for Saying ‘No Federal Solution’ to COVID 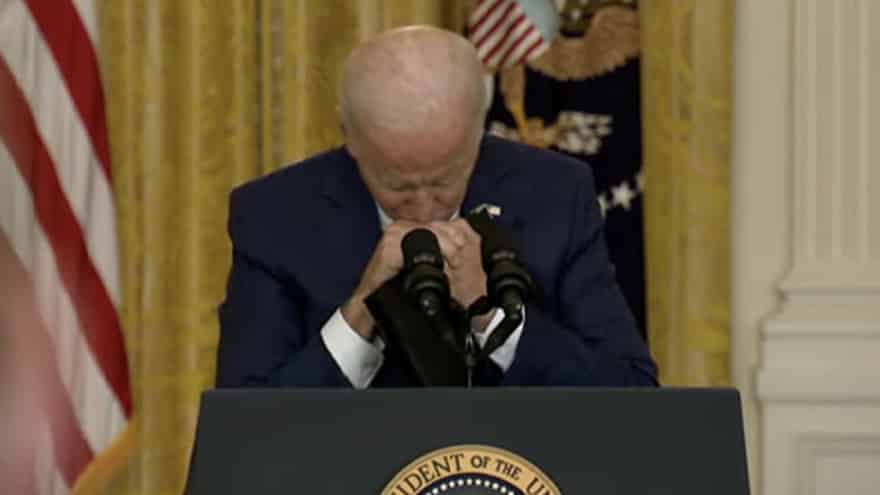 Critics on both ends of the political spectrum went full blast on President Biden’s claim Monday that states are responsible for solving the coronavirus crisis, pointing out Biden’s long history of claiming he would bring the country out of the pandemic.

They also noted Biden’s federal government has moved to impose vaccine mandates and requirements to wear mask while traveling on planes and trains – much to the chagrin of many Republican governors.

Christina Pushaw, press secretary for Florida Gov. Ron DeSantis, posted a montage of Biden’s statements saying that he would “shut down the virus,” concluding with his statement from Monday.

What a difference a year makes 👀 pic.twitter.com/IGF7A3Kp4e

The GOP also called out Biden for his change in messaging.

“Joe Biden claimed he would shut down the virus. Now a year later when he failed to do so, he says there is no federal solution to COVID. Joe Biden is a hypocrite,” the party said from its official Twitter account.

“When Joe Biden says ‘there is no federal solution,’ he’s trying to avoid blame for his incompetence,” Cotton tweeted. “If he really believes this, he should rescind his unconstitutional federal mandates.”

STATE DEPT: ‘There Will Not Be a Department Press Briefing Today’

WATCH: Biden Urges Taliban to Provide for ‘Well-Being’ of Afghanistan