VANISHING JOE: Biden Departs for Delaware After Claiming ‘No Federal Solution’ to Pandemic 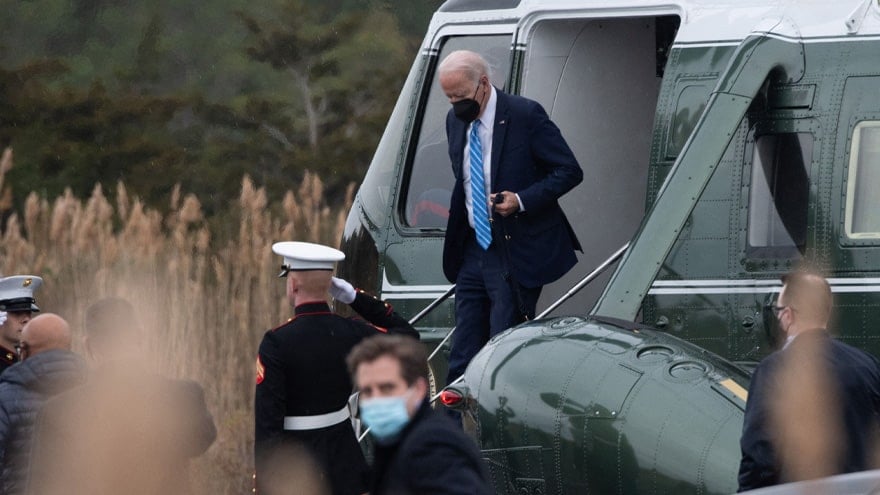 President Biden backtracked from previous comments Tuesday when he vowed to promote a “federal plan to tackle Omicron” despite claiming hours earlier there was no “federal solution” to the pandemic.

The exchange occurred between the Commander-in-Chief and Arkansas Governor Asa Hutchinson.

NOW – Biden departs to Delaware beach house after telling governors there is “no federal solution” on COVID and it should be “solved at the state level.”pic.twitter.com/Ux9RtPmb8m

“One word of concern or encouragement for your team is that as you look towards federal solutions that will help alleviate the challenge, make sure that we do not let federal solutions stand in the way of state solutions,” Hutchinson said. “The production of 500 million rapid tests that will be distributed by the federal government is great, but obviously that dries up the supply chain for the solutions that we might offer as governor.”

“There is no federal solution. This gets solved at the state level,” Biden responded.

“My Administration has the back of every governor fighting COVID-19 in their state. Last week, I rolled out a federal plan to tackle Omicron by adding vaccination and booster capacity, hospital equipment, staff, and more. We’re going to get through this by working together,” said the President.

WITH GREAT POWER: Sony Refuses to Remove Statue of Liberty from Spider-Man for Chinese Market

GENERAL MILLEY: ‘It is Obvious the War in Afghanistan Did Not End on the Terms We Wanted’