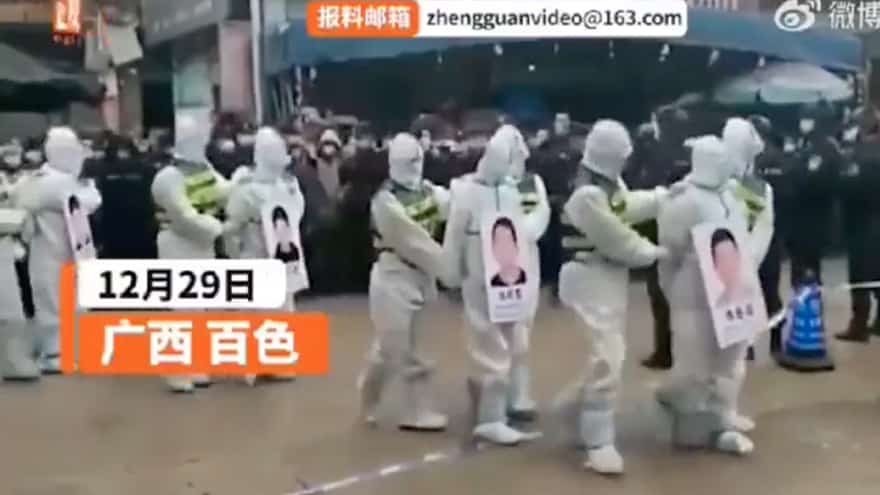 Facebook faced a growing backlash on their own platform Friday after the social network blocked users from sharing a New York Post report on the luxury homes owned by a founder of ‘Black Lives Matter.’

“How is that not a story? Black Lives Matter is a powerful entity, they raised more than $90 million just last year, they should not therefore be exempt from scrutiny or accountability, but Big Tech apparently has their back and says, ‘Nothing to see here, we’re going to censor this,’” Joe Concha said. “It is chilling.”

Facebook on why it blocked a NY Post article. This all applies to lots of articles on news sites. pic.twitter.com/oEdzX0Hy72

Recently a major news outlet posted information about where I lived which resulted in doxxing and facebook didnt seem to care https://t.co/WjrVRdl4oc

The New York Post responded Friday after social media giant Facebook prevented users from sharing a story regarding the co-founder of ‘Black Lives Matter,’ labeling their decision “arbitrary and laughable.”

“This decision is so arbitrary as to be laughable. Does Facebook know how many newspapers, magazine and websites highlight the real estate purchases of the rich and famous? The next time People magazine covers Kim Kardashian’s latest mansion purchase, will it violate any community standards? How about running a picture of the resort Ted Cruz is staying at?” writes the Post Editorial Board.

“No, this rule has not been and will not be applied in any fair manner. It again highlights just how much power these social media companies have over our lives, and our nation. They monopolized the market and became the main aggregators of news,” adds the paper.

“While failing abysmally for years to stop the torrent of truly harmful pedophilic, violent, personally abusive, terroristic, wildly inaccurate and hateful content that spews onto their platforms daily, they’ll step in to censor and cover for Joe Biden. They’ll cover for China. And now they’ll cover for Black Lives Matter,” concludes the Board.

Read the full article at the New York Post.

“Many experts look at that moment on 60 Minutes when you talked about Fidel Castro’s literacy program as a turning point in this race. Do you regret saying what you said at that time?” asked the Fox News moderators.

“No,” Sanders fired-back. “Look, I have spent my entire life fighting for working people and fighting for democracy.”

“So if you look at a country like China, for example, is China a democracy? Of course, it’s not a democracy. It is an authoritarian country and Xi is taking it in a bad direction but what can we say about China in the last 50 years?” asked Sanders.

“Would anybody in their right mind deny that extreme poverty in China has been reduced? Can anyone deny that? Of course not,” Sanders concluded.

Vermont Senator Bernie Sanders stunned viewers across the country Sunday when he publicly praised Cuban dictator Fidel Castro; saying he implemented a “massive literacy program” in the island-nation once he “came into office.”

Sanders was speaking with 60 Minutes’ Anderson Cooper when he was asked if he stood-by comments he made years earlier praising the socialist revolutionary.

“He educated their kids, gave them healthcare, totally transformed the society,” said Sanders decades ago.

“We’re very opposed to the authoritarian nature of Cuba. But you know, it’s unfair to simply say everything is bad! When Fidel Castro came into office, you know what he did? He had a massive literacy program. Is that a bad thing? Even though Fidel Castro did it?” Sanders asked Cooper.

100% KENNEDY: ‘Under This Administration the Constitution is Just a Nuisance’

‘WE APPRECIATE YOU’: DeSantis Greenlights $800M to Raise Minimum Salaries for Teachers