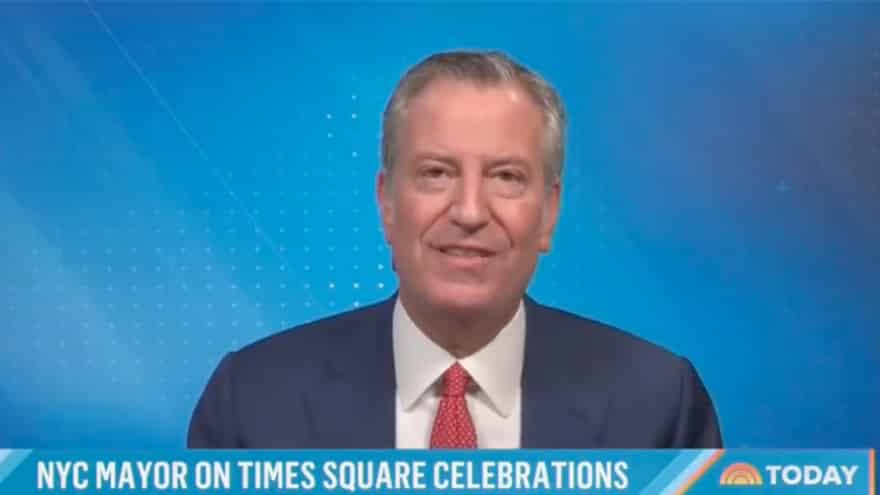 Outgoing NYC Mayor Bill de Blasio confused millions of New Yorkers this week when he bizarrely claimed he doesn’t “believe in shutdowns” after shuttering the nation’s biggest city for months.

“Look, I don’t believe in shutdowns. We have to fight our way through COVID,” de Blasio told NBC’s Today Show when asked about this year’s New Year’s Eve event in Times Square.

“Shutdowns are not the answer,” he repeated. “The answer is get people vaccinated. This event is vaccination-only. It’s gonna be outdoors, vaccination-only, masks required, socially distanced.”

NBC’s Kristen Welker: “Given that some local officials are calling for you to cancel the in-person event altogether, why not scale back [NYC’s ball drop] even further?”

Bill de Blasio: “Look, I don’t believe in shutdowns. We have to fight our way through Covid.” pic.twitter.com/lfS8U5HvwV

The Mayor spoke with MSNBC on his final days in office; urging every Mayor, Governor, and CEO in the United States to implement “vaccine mandates now.”

“We’ve got to get out of the COVID era. Today, we’re implementing the strongest vaccine mandate in the country. All private sector employees. This is what we need to do everywhere. Every mayor, every governor, every CEO in America should do vaccine mandates now,” said de Blasio.

Watch the Mayor’s comments above.

MASKS ON! CDC Recommends Face Masks at School for Unvaccinated Students 2 and Older