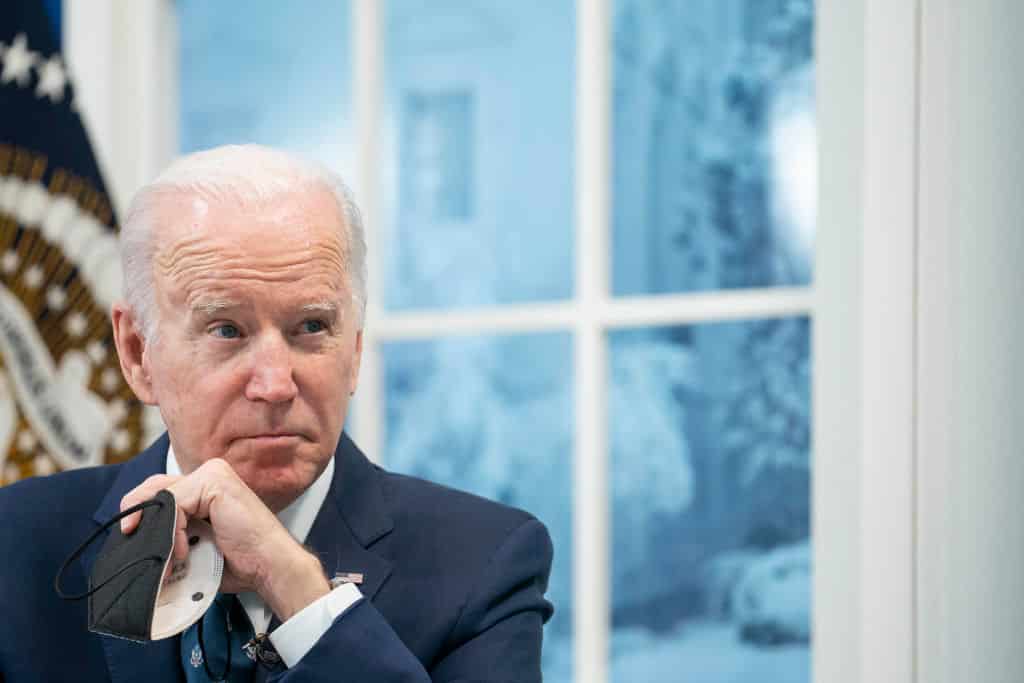 Fiscal conservatives are breathing a sigh of relief as Biden’s trillion-dollar, socio-environmental  boondoggle of a bill seems to have been shelved for the time being. And, according to a report from The Hill, it won’t be back any time soon.

“The wide-ranging legislation that the White House has negotiated with centrist Sens. Joe Manchin (D-WV) and Kyrsten Sinema (D-AZ) may have to be completely overhauled,” the Hill reports.

“We hope our Republican colleagues change course and work with us. But if they do not, the Senate will debate and consider changes to Senate rules on or before January 17, Martin Luther King Jr. Day, to protect the foundation of our democracy: free and fair elections,” Schumer says.

By “changes to senate rules” Schumer is referring to changes to the legislative fillibuster, which will certainly be an uphill battle for Dems —they’d need both Krysten Sinema (D-AZ) and Joe Manchin (D-WV) on board and neither are a fan of making changes to the filibuster.

“Being open to a rules change that would create a nuclear option, it’s very, very difficult. It’s a heavy lift,” Manchin told reporters.

TRUMP on BIDEN: ‘What’s Happened to our Country in the Last Eight Months is a Disgrace’

BACK TO WORK: Florida to End $300-a-Week Payments to the Unemployed on June 26

PIRRO on BORDER CRISIS: ‘This is the Breakdown of America’