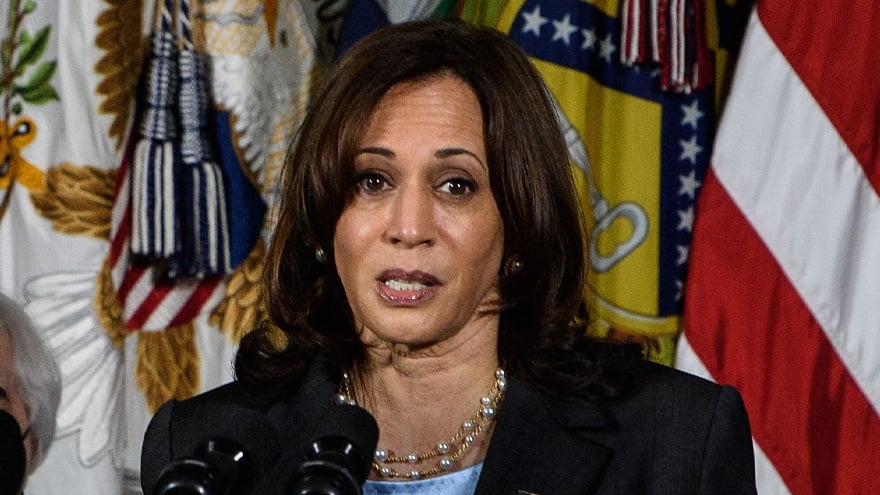 Vice President Kamala Harris has lost yet another senior staff member. This time it’s Vincent Evans —Harris’ deputy director of public engagement and intergovernmental affairs. Evans will be taking a job with the Congressional Black Caucus.

“I am deeply honored to be named the executive director of the Congressional Black Caucus,” Evans told CNBC. “I started my career in Washington working for a member of the CBC, so I know first hand the tremendous leadership and impact this Caucus has in Congress and across the country.”

Evans is just the latest in a string of high-profile exits for the Harris team, including former communications director Ashley Etienne and former senior advisor Symone Sanders. Many staffers abandoned the S.S. Kamala after CNN’s bombshell report that covered the dysfunction, in-fighting, and lack of focus in the Vice President’s office.

“Worn out by what they see as entrenched dysfunction and lack of focus, key West Wing aides have largely thrown up their hands at Vice President Kamala Harris and her staff — deciding there simply isn’t time to deal with them right now,” CNN wrote in the article Exasperation and dysfunction: Inside Kamala Harris’ frustrating start as vice president.

“Many in the vice president’s circle fume that she’s not being adequately prepared or positioned, and instead is being sidelined,” the report added. “The vice president herself has told several confidants she feels constrained in what she’s able to do politically.”

After the report, White House Press Secretary Jen Psaki tried to help the Veep save face, posting the following message on Twitter” “For anyone who needs to hear it, the Vice President is not only a vital partner to the president but a bold leader who has taken on key, important challenges facing the country — from voting rights to addressing root causes of migration to expanding broadband.”

Sounds like her staff are the ones that need to hear it.

The departure comes after other Harris aides have recently left. https://t.co/IoFvan52hV

MUST SEE: Father and Daughter Reject Critical Race Theory, ‘You Can Make Friends No Matter What Color’