Flee Canada While You Still Can! Trudeau Ponders Whether Country Should 'Tolerate' the Unvax 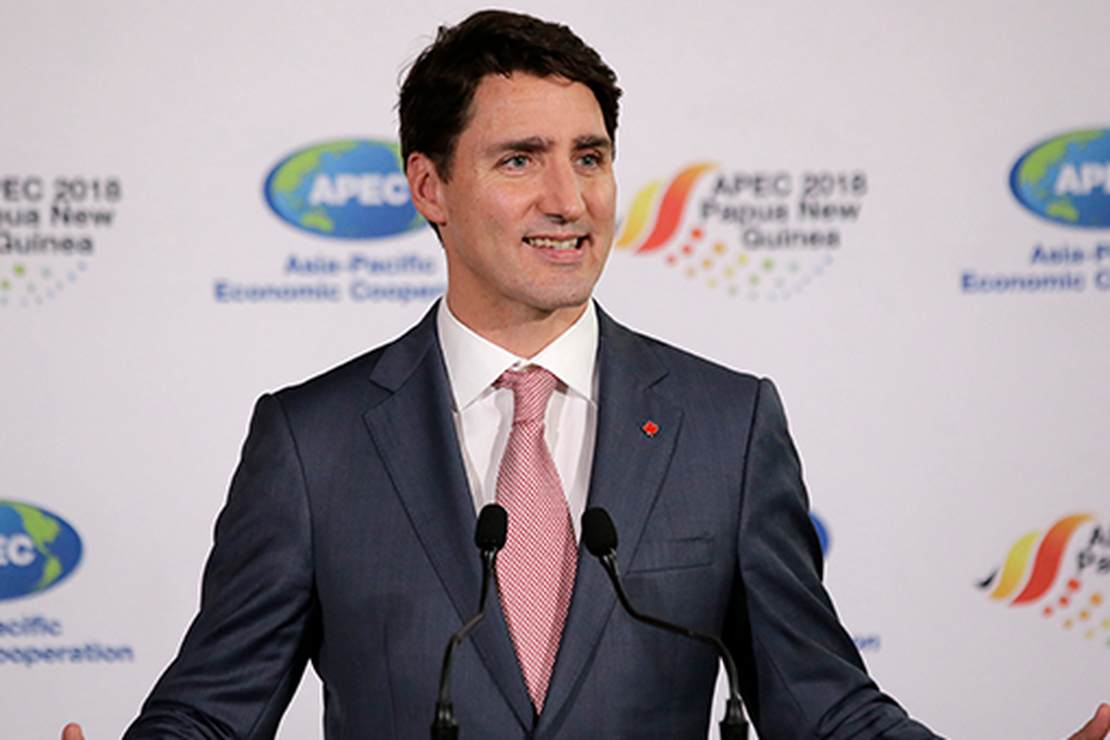 If anyone can watch Canadian Prime Minister Justin Trudeau’s late December interview without being horrified, then they are willfully blind to the meaning of his words.

“We will emerge from this pandemic through vaccination,” declared Trudeau en français on Canadian talk show La semaine des 4 Julie. Then he grew passionate as he delivered some harrowing remarks about Canadians who continue to resist taking the controversial COVID-19 vaccine.

“We know people who are still making up their minds, and we will try to convince them,” Trudeau allowed. But, “there are also people who are vehemently opposed to vaccination,” he said, and his demeanor grew markedly grim.

“These are the extremists …” offered the show’s host, helpfully. In classic hive-mind fashion, the Prime Minister finished her thought for her.

“… who do not believe in Science™ …” said the man who takes zero interest in whether the leaky vaccine is even necessary for most people, including those who have already recovered from infection or who simply remain uninfected or asymptomatic after repeated exposure.

“… who are often misogynists …” said the politician who infamously elbowed a female lawmaker out of his way with such force, she recoiled in pain and had to leave the chamber.

“… often racists, too …” claimed the Prime Minister, who loves nothing more than wearing blackface, as he ignored the fact that most minority groups have higher rates of vaccine reluctance than whites.

He went on to describe those who refuse to follow ze orders as “a sect, a small group” who are nonetheless “taking up space.”

“Here, we have to make a choice … as a country,” concluded the righteous leader. “Do we tolerate these people? Or do we say, ‘Let’s see …’” Yikes. “Because most people … did the right thing, that is, they got vaccinated,” he went on, before declaring that, “We want to get back to the things we like doing, and these people are not going to block us now.”

Got that? It’s only a small (read: easily overpowered) group — a sect, really — of racists, misogynists, and Science™ heretics that is standing between Canadians and their freedom and prosperity. Should be a simple matter to make it so that they are no longer taking up space and blocking all the good people, non?

Of course, our own President Joe Biden sent an equally hair-raising message in his announcement of sweeping mandates last fall. Half-menacing, half-pleading with the filthy unvax in his own country, he declared “This is not about freedom or personal choice, it’s about protecting yourself and those around you.” (He got the first part right, anyway.) Then he looked directly into the camera all steely-eyed and enunciated, “We’ve been patient, but our patience is wearing thin, and your refusal has cost all of us.”

“We’ve been patient but our patience is wearing thin and your refusal has cost all of us.” pic.twitter.com/Hj4jnmWpuX

I don’t know about you, but I felt the hair stand up on the back of my neck the first time I saw that.

There are numerous examples throughout history of how this sort of dehumanizing and maligning rhetoric can convince a society that their leaders’ political enemy is actually a threat to their own safety and security. Fear can work on an instinctive level to transform a once-peaceful people into a vicious mob that will ostracize, disemploy, beat, rob, imprison, and ultimately obliterate the targeted group. Today, leftist leaders are increasingly vilifying people who prefer to make their own personal medical decisions. They are shutting down commerce, worship, travel, and entertainment, then attempting to direct the resulting anger at the filthy unvax. They are trying to gin up public support for whatever overzealous political actions they take as they seek to destroy those who cling to archaic notions like individual liberty and limited government power.

But the left can sense that time is running out: they fully expect to lose power, in the U.S. anyway, in less than a year, while the mild omicron COVID-19 variant is blowing up their ability to scare people into submission much longer. They’d better hurry and finish their quarantine camps, or it will be too late to use them. And so, their messaging is becoming increasingly strident in hopes of badgering citizens into submission in time. They’ll be peopling their camps with their enemies while the paint is still drying on the sign over the front gate, which reads Impfung Macht Frei (Vaccination Sets You Free).

How ESG Scores Could Hurt You, but State and Local Action Can Stop Them