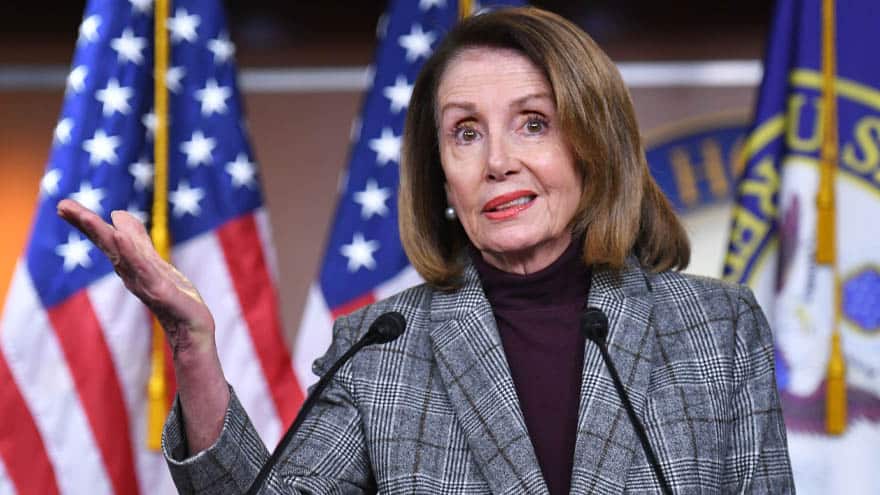 Earlier this week, the Washington Post reported that 81-year old Speaker of the House Nancy Pelosi may be giving up the gavel for good.

That’s all it took to send the Pelosi Posse into a panic. High-ranking Pelosi campaign Executive Director Jorge Aguilar announced his departure to join a government relations firm in Washington —and more staffers are eyeing the exits.

But it’s possible Pelosi’s office was already hip to her plans; turnover has been skyrocketing for more than a year.

“Her office has seen a spike in its ‘turnover’ rate during the last year, coming in at almost twice the average for congressional offices, according to LegiStorm, a company devoted to ‘government affairs professionals who need to accurately identify congressional staff, monitor activity on Capitol Hill, and engage with members and staff,’” Newsmax reports.

When she finally does step down, Rep. Hakeem Jeffries (D-NY) is rumored to be the frontrunner to replace Pelosi. Jeffries, who is 30 years younger than Pelosi, may have the best shot at energizing the base. He also has strong support from within the Democratic Party.

One thing’s for sure: with so many prominent Democrats pushing 80, they could use some fresh blood.

‘THIS IS WHAT AMERICA LAST LOOKS LIKE’: Pallets of Baby Formula Head to the Border Amid Shortages

RAND PAUL ON AMERICAN FREEDOM TRUCKERS: Bring it On, ‘I Hope They Clog Up Cities’

BIDEN: Massive $3.5T Spending Package Will ‘Save the Planet’ and ‘Reduce Inflation’

VIEW ASKEW: Watch the View Go Off the Rails, Hostin Says ‘Black Republican is an Oxymoron’