‘TOTALLY UNFIT’: Gingrich Crushes Kamala, ‘California Education May Be Worse Than We Thought’ 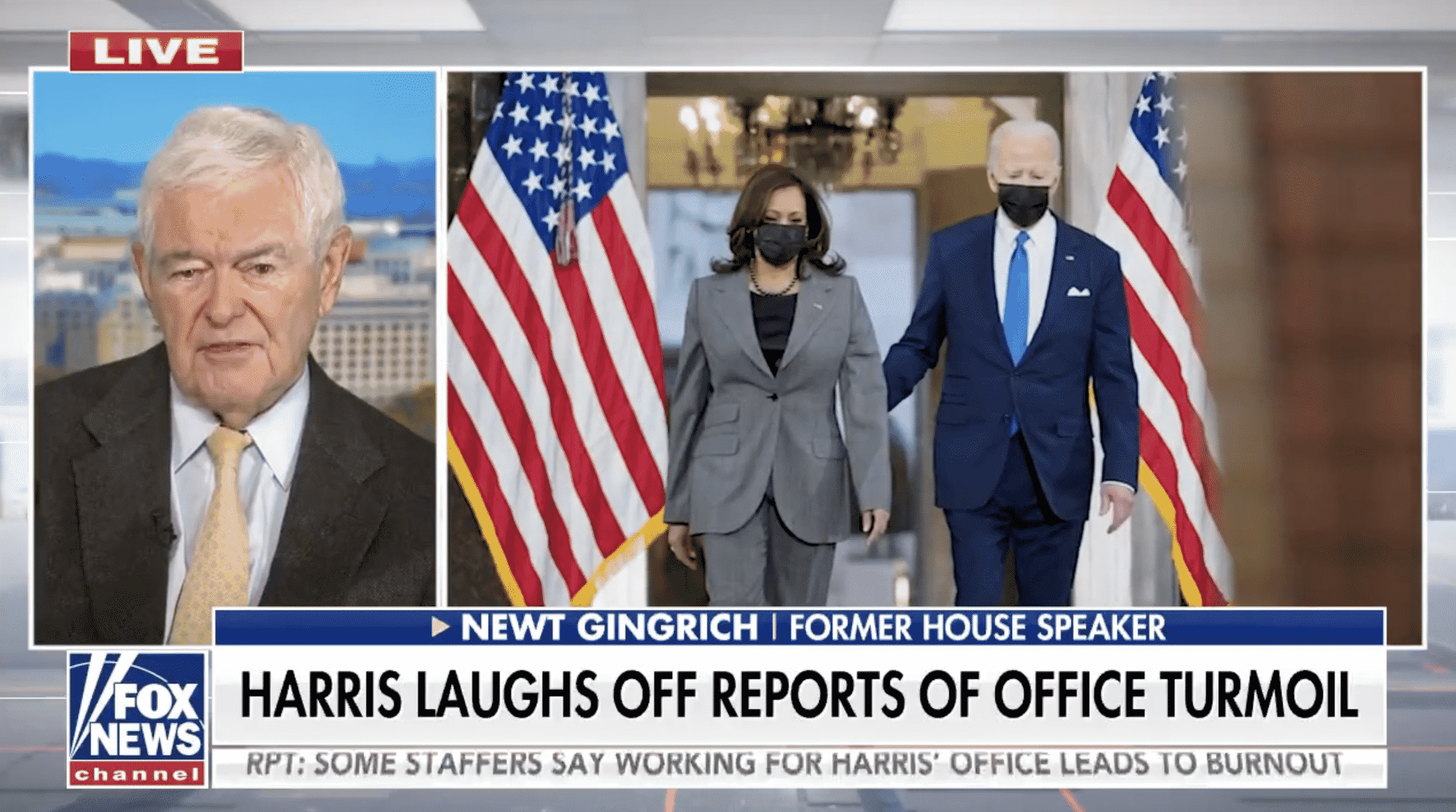 Gingrich, not surprisingly, thinks this was ridiculous.

“Her speech yesterday where she compared January 6 to Pearl Harbor and 9/11 I think proved that California education is even worse than we thought,” Gingrich said.

“It’s inconceivable that you could compare a riot at the Capitol to the Japanese attack at Pearl Harbor or to the terrorists that killed almost 3,000 Americans on 9/11 and yet Harris cheerfully lusted the three together as if they were the same event,” he added.

“And I think it just tells you how totally unfit she is to be vice president. She is vice president, they won the seat, I hope the American people learned a lesson about picking people who don’t know anything.”

“The American people oppose making it easier for politicians to steal the election.” @newtgingrich discusses voting reform in the wake of the first anniversary of the January 6 Capitol riots @DanaPerino pic.twitter.com/bj7fAx1erW

JOE CONCHA: ‘This is the Pain Presidency’