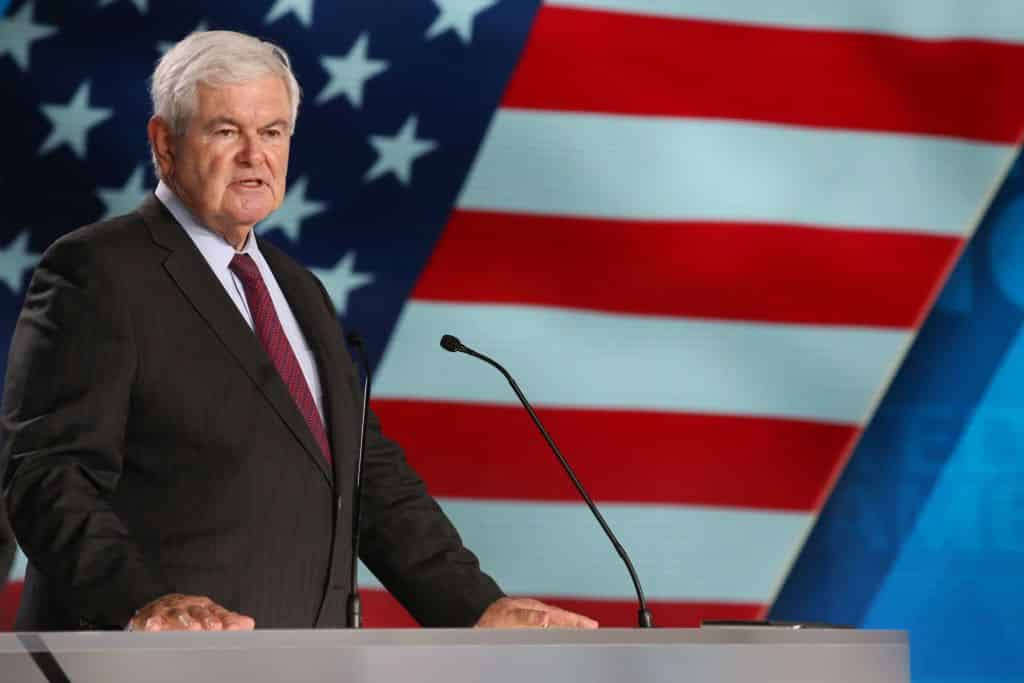 Former Speaker of the House Newt Gingrich stopped by Fox & Friends to discuss the current state of the House of Representatives; Gingrich thinks the institution is in disarray.

“First of all, the House under Nancy Pelosi is not a very happy place, with all the COVID restrictions, all the voting by absentee, all the different things they are doing, the masking, the police requirements. Members actually  get checked walking on the floor. I walked on the floor recently, I was astonished that to get on the floor of the House, you go through sort of a TSA system with a policeman watching you, as though you are some subservient person who is a danger to your colleagues.”

“And I think these Democrats are looking forward and thinking, ‘What is this going to be like if I’m in the minority?’ And it’s just not any fun,” he continued. “And so I think Kevin [McCarthy’s] almost certainly right; you could easily be above 30 retirements before this is over.”

Gingrich suggested Kevin McCarthy could grab the gavel and proposed a few policy issues a GOP majority could pursue.

“Controlling the border is a big, big deal. We don’t know where the 1.5 million illegal immigrants from last year — we don’t know where the Biden administration has sent them. We know they weren’t checked for COVID; they weren’t checked for criminal records; they could be in your neighborhood and you have no idea that the Biden administration is shipping people around the country. But it’s deeper than that. We had 100,000 people die last year from drug overdoses. We have an amazing number, a tragic number of suicides. We have a mental health problem which exhibits itself in these homeless towns the size of the one in Los Angeles.”

“The price of gasoline and heating oil go up. He has launched a program of inflation. People feel it in their pocketbooks every time they go to the store. He has totally failed to meet the logistic supply chain crisis. There are still 90 ships offshore waiting to be offloaded in southern California. You go through item after item, and Biden’s problem is the real world.”

‘AMERICANS HAVE HAD IT WITH ELITE MINDSET’: Watch Jim Jordan Go SCORCHED EARTH on Dems

WHAT? Jen Psaki Claims Nearly Half of All Michigan Residents Live in ‘Child Care Deserts’

McCARTHY: ‘The CDC Has Become a Political Arm of the Administration’

PIC SAYS IT ALL: Spot the Difference Between a Trump Summit and Biden Summit