MANCHIN SINKING BUILD BACK: Biden Bill Likely Dead as Dems Can’t Get Manchin to the Table 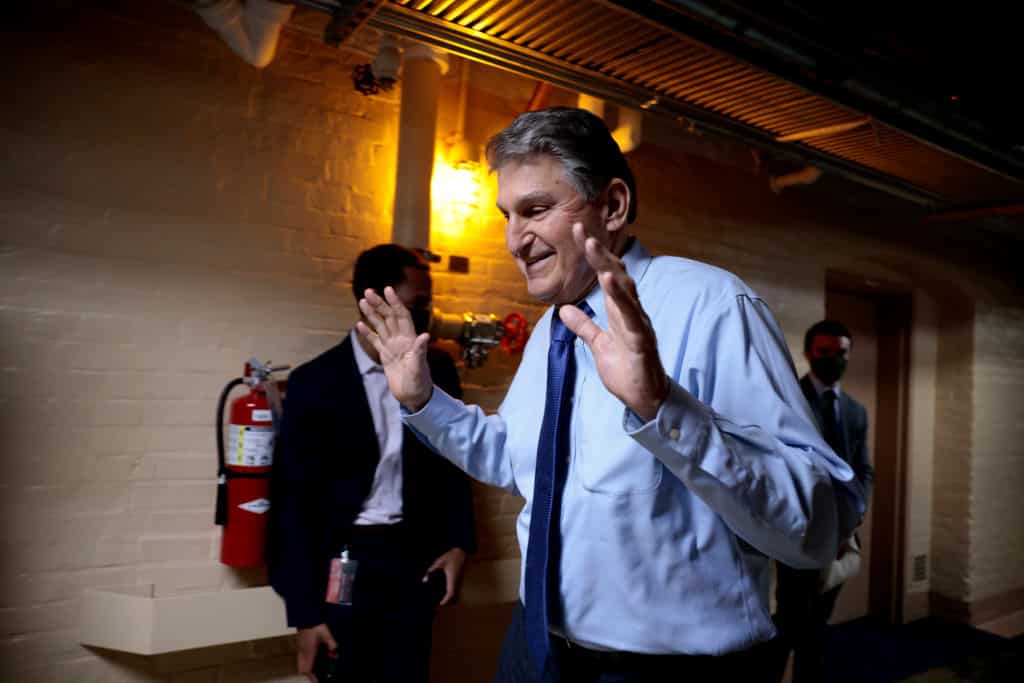 Senator Joe Manchin (D-WV), a crucial vote if Biden wants to pass his Build Back boondoggle, is keeping fellow Democrats on their toes when it comes to his willingness to deal on the bill.

Some Democrats are no longer sure there’s a chance for a deal to be reached.

“Senate Majority Whip Dick Durbin (D-Ill.) said he has ‘no idea’ whether Manchin wants a deal and that he has no more clarity about whether Manchin can get to ‘yes’ than when the negotiations began in August,” The Hill reports. “[We’re] still in the dark.”

“It’s not like a normal negotiation and that’s what is frustrating Biden and frustrating everybody,” a Democratic senator who requested anonymity told The Hill.

“The lawmaker described the process as ‘a dance’ and said Manchin regularly tells colleagues that he likes certain provisions in the bill or at least has an open mind about various proposals but still doesn’t seem any closer to signing off on a deal than he was months ago.

“You expect people to sit in a room and hash out the details,” the senator added.

Other Senators think Manchin is done and doesn’t want to deal.

LET’S NOT TALK ABOUT JOE! Psaki Admits Dems Will Lose if Election a Referendum on Biden