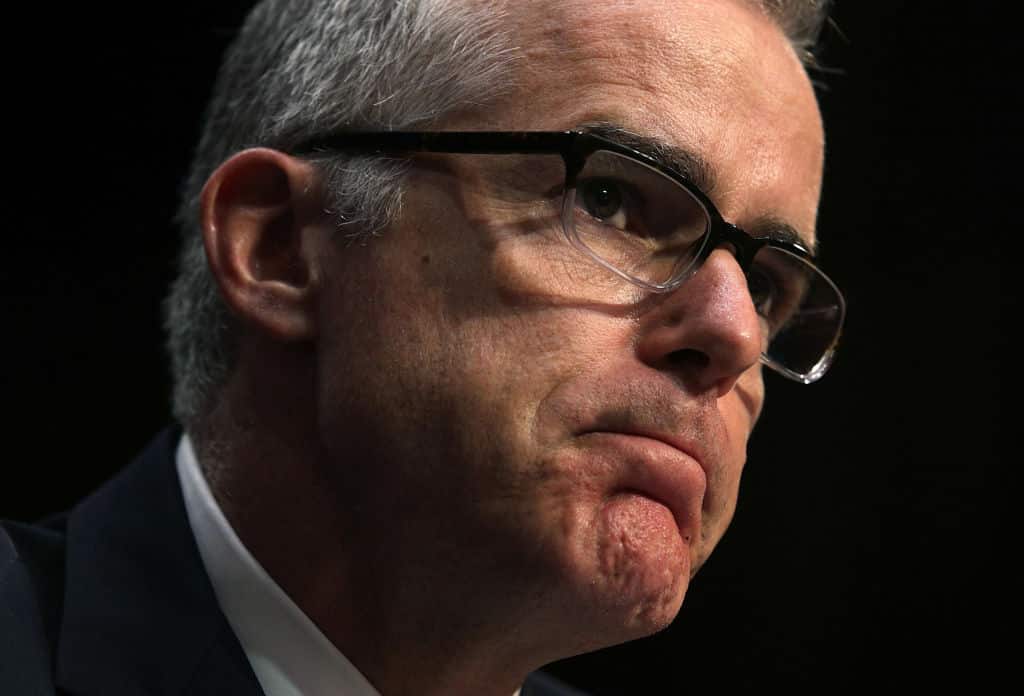 Disgraced former FBI director Andrew McCabe joined a partisan panel at the University of Chicago recently to discuss the Jan. 6 “insurrection.” Not surprisingly, he had some very controversial takes —but this statement is on a level of its own.

According to the Federalist, McCabe likened conservatives to members of the Islamic Caliphate, saying “I can tell you from my perspective of spending a lot of time focused on the radicalization of international terrorists and Islamic extremist and extremists of all stripes… is that this group shares many of the same characteristics of those groups that we’ve seen radicalized along entirely different ideological lines.”

“McCabe went on to describe the rise of the Islamic caliphate in Syria and how Islamic extremists were radicalized across socioeconomic, educational, and racial lines, likening it to the ‘mass radicalization’ of the political right across demographics,” the Federalist says.

Reminder: McCabe was fired for leaking  information and then lying about it under oath so he may not be too concerned with the legality of certain procedures.

“Are you going to catch this threat if your focus is only on the traditional, right-wing extremist, those groups that we know about, the quote-unquote, fringes of the right-wing movement?” asked McCabe. “And I think the answer to that is no.”

“It’s entirely possible that when the intelligence community and the law enforcement community looks out across this mainstream,” McCabe continued, “they didn’t assume [on January 6] that that group of people — business owners, white people from the suburbs, educated, employed — presented a threat of violence, and now we know very clearly that they do.”

‘WE NEED TO GET ON WITH OUR LIVES’: Sen. Marshall Intros Bill to End COVID Emergency