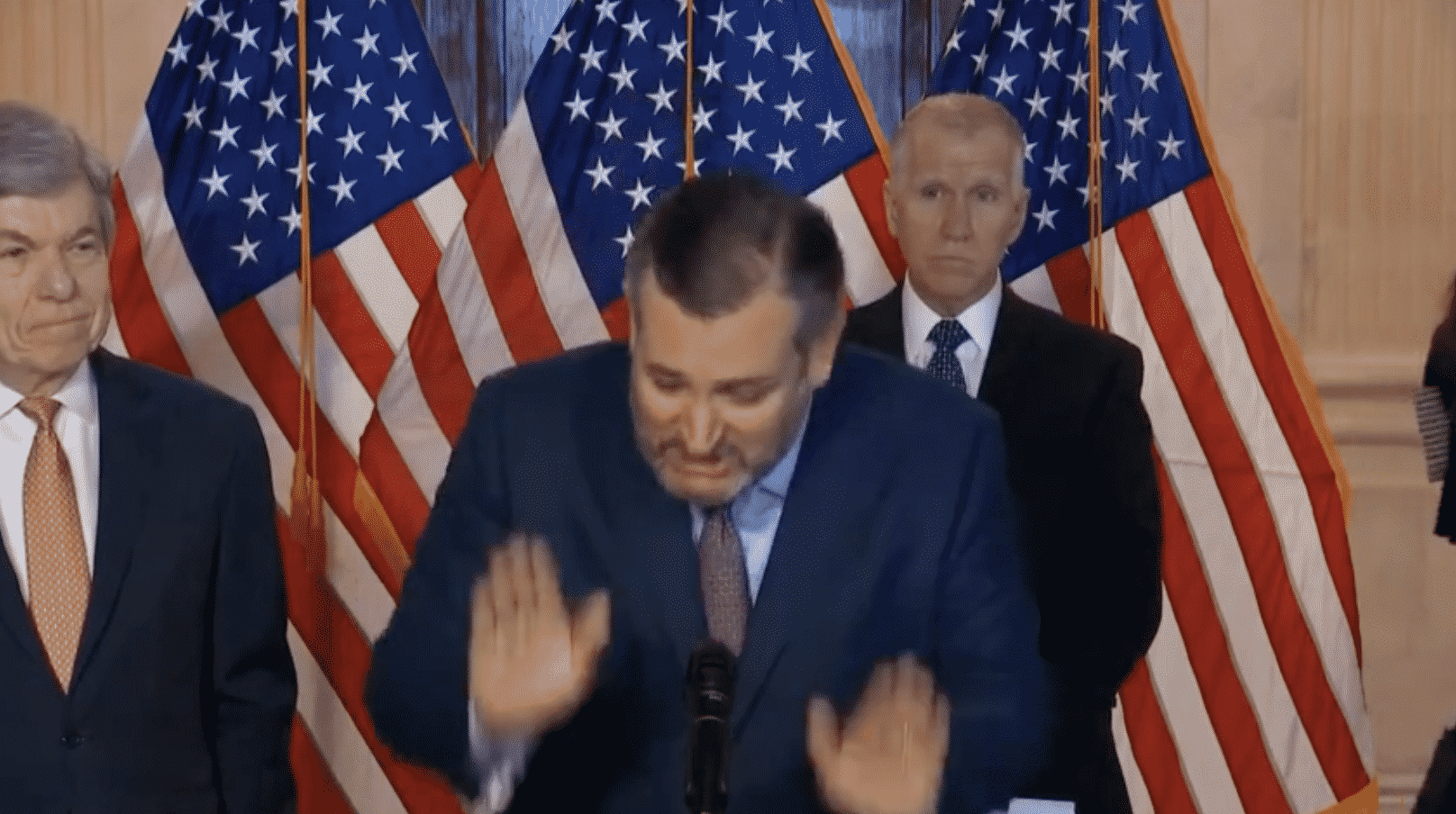 Senator Ted Cruz (R-TX) has had enough of the media’s hypocrisy on masks. During a press conference on the filibuster, Cruz was asked why he and his fellow Republican weren’t all masked-up at the podium —and Ted didn’t care for that line of questioning one bit.

“I think there’s been wild hypocrisy from the Biden administration when it comes to COVID policies,” Cruz told reporters. “Dr. Fauci’s been all over the map…the American people should be able to exercise their own freedom and make their decision.”

“And by the way, on the question of hypocrisy, you just asked, you people at the podium are speaking without masks. Just once, I’d like to see a reporter say to Joe Biden when he stands at the damn podium in the White House without a mask, ‘Mr. President, why aren’t you wearing a mask?’” Cruz said angrily. “Just once, I’d like to see you say to Jen Psaki, the White House press secretary, when she stands at the podium with no mask, ‘Ms. Psaki, why don’t you have a mask?’ The questions are only directed at one side, and I got to say that the American people see the hypocrisy.”

UKRAINIANS DEFIANT: ‘We’ll Fight With Whatever We Have, This is Our Land’