‘HE’S A MENACE AND PART OF THE PROBLEM’: Watch Paul Rail Against Fauci After the Hearing 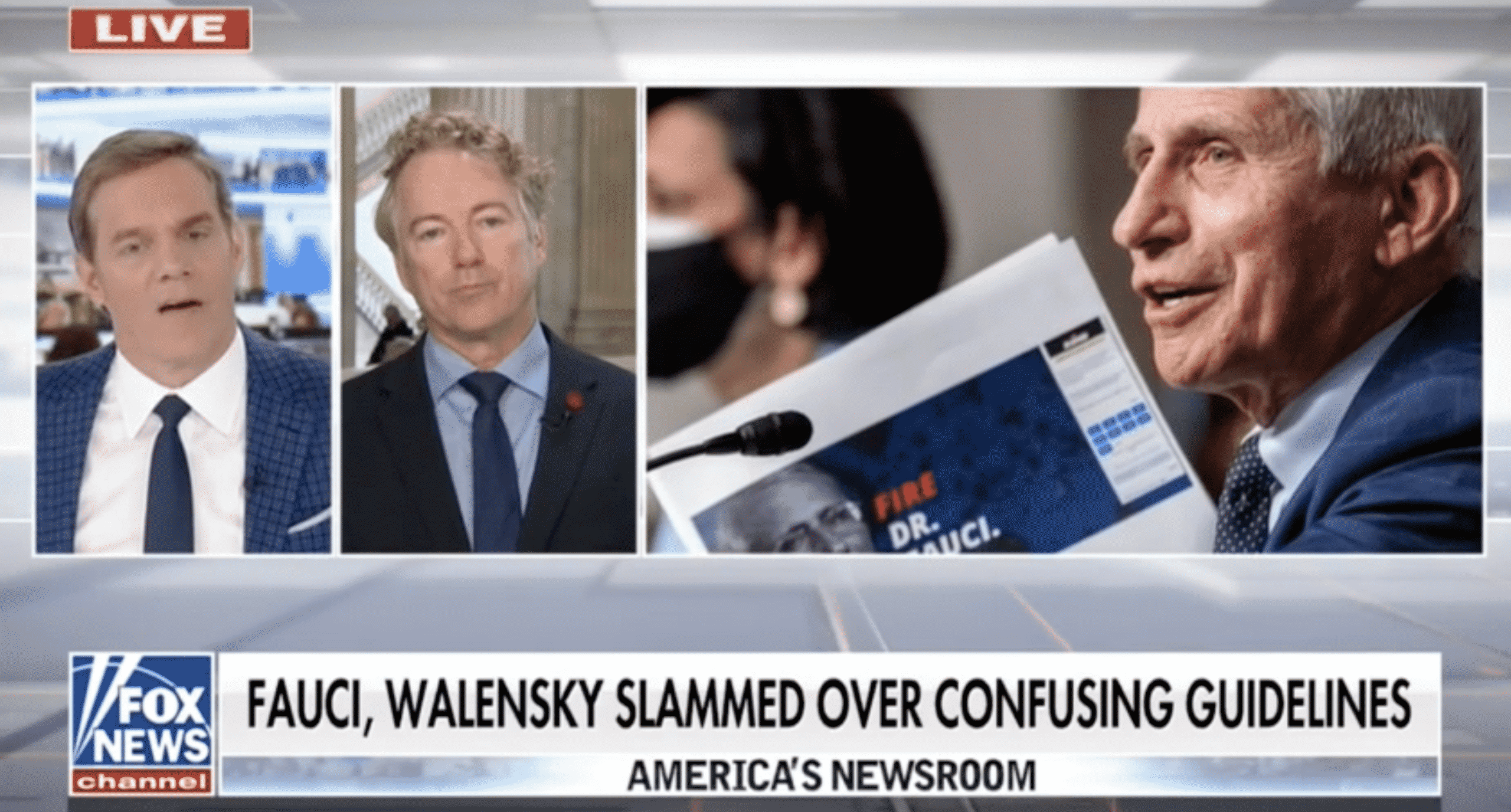 Senator Rand Paul (R-KY) stopped by Fox News for a Senate hearing post-mortem; he discussed the confusing CDC guidelines, the omicron surge, and the shortage of testing.

But, not surprisingly, he really went after Dr. Anthony Fauci for his lack of strategy.

“Most of the discussion was about testing and the shortage of tests. But very few people were bringing up that this has to do, really once again, with Dr. Fauci and lack of strategy. His strategy or his exhortation is ‘everyone should be tested!’ So if you’re 5-year old tests positive then everyone in the class should test. And then their brothers and sisters should test. Then their parents should test…before you know it, we have a lockdown because of over-testing.”

“Let’s test people who are sick…appropriate testing. We’re doing way too many tests and all the randomized testing in school is inappropriate and shouldn’t be occurring.”

It’s no secret, Paul wants Fauci out of office.

“Yes, we are raising money to fire Fauci because he’s a menace and he’s part of the problem.”

Watch Paul make his case below: