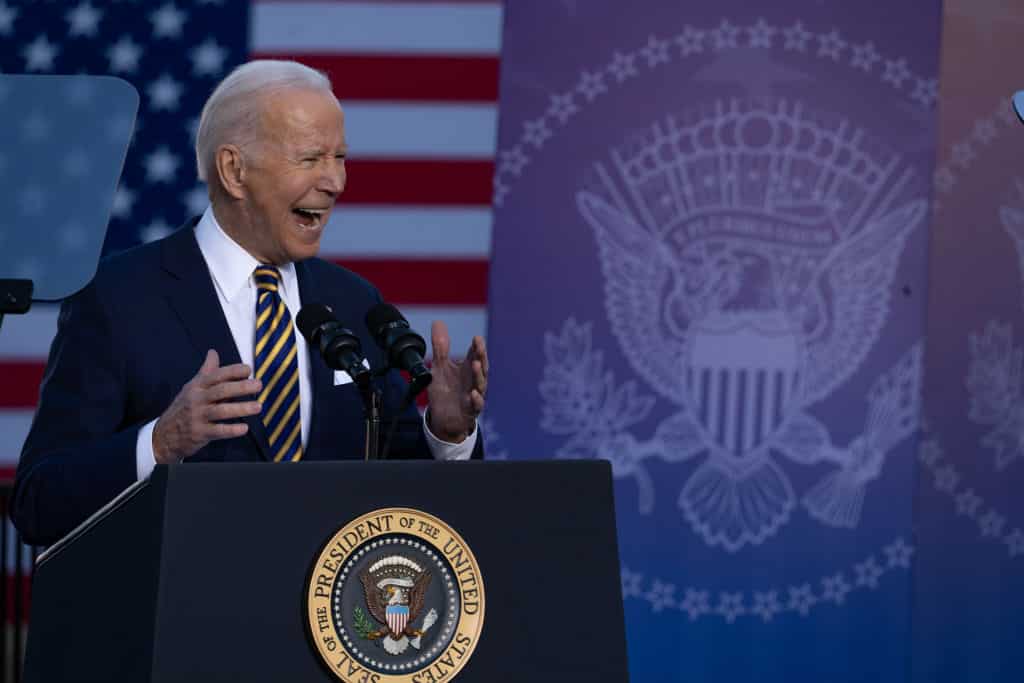 This isn’t the first time Biden tried to talk up his non-existent rap sheet —and it likely won’t be the last. Biden once again claimed to have been jailed during his voting rights speech in Atlanta.

“I did not walk in the shoes of generations of students who walked these grounds, but I walked other grounds. Cause I’m so damn old I was there as well,” the 79-year-old president said. “You think I’m kidding, man. It seems like yesterday the first time I got arrested.”

His 2007 autobiography “Promises to Keep” never mentions any arrests.

“In 2020, Biden infamously claimed he ‘had the great honor of being arrested’ in South Africa when he was ‘trying to get to see [Nelson Mandela] on Robben Island,’ where Mandela was in prison until 1990. He said Mandela thanked him for it. Later, he admitted that it was untrue and that ‘I wasn’t arrested, I was stopped. I was not able to move where I wanted to go,’” the New York Post reports.