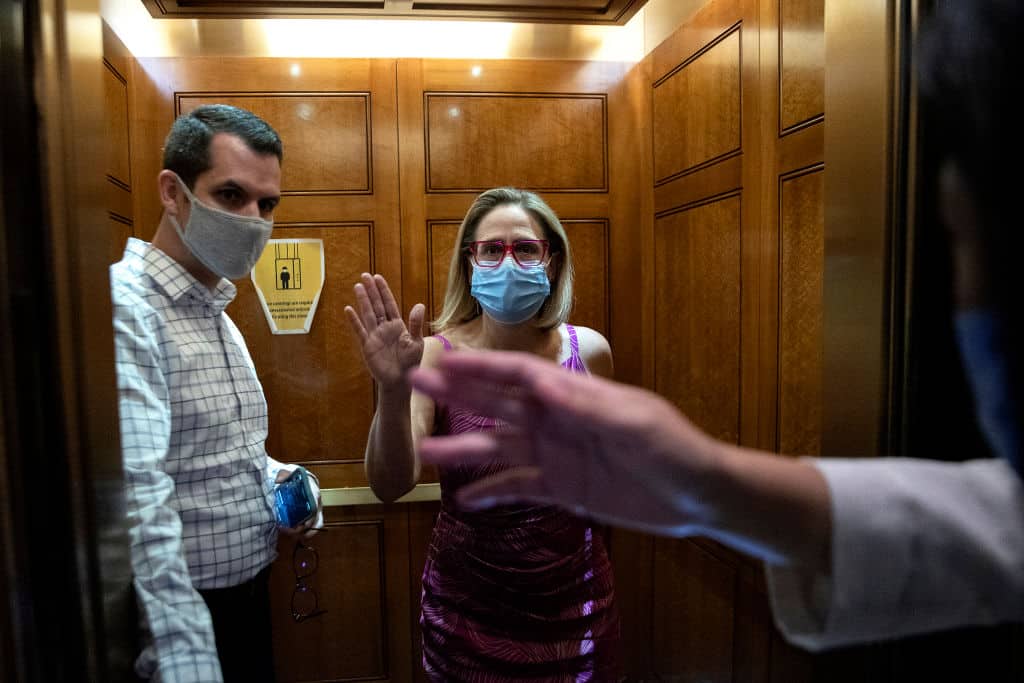 Kyrsten Sinema (D-AZ) believes she has made herself very clear on the matter of altering the filibuster to pass the Democrats voting rights bill: it’s a no-go for Sinema.

“There’s no need for me to restate my longstanding support for the 60-vote threshold to pass legislation. There’s no need for me to restate its role in protecting our country from wild reversals of federal policy,” Sinema said. “This week’s harried discussions about Senate rules are but a poor substitute for what I believe could have and should have been a thoughtful public debate at any time over the past year.”

“It is not immediately clear whether Senate Majority Leader Chuck Schumer (D-NY), will still try to force a “nuclear option” vote to carve out an exception to the filibuster for voting rights, Fox News reports. “Such a vote would likely fail, but would continue to ratchet up pressure on Sinema, Sen. Joe Manchin, D-W.Va., and other Democrats who less vocally back the filibuster.”

‘THEY DON’T CARE IF YOU SUFFER AT THE PUMP’: Ron Rips Joe on Inflation, ‘It’s a Tax’