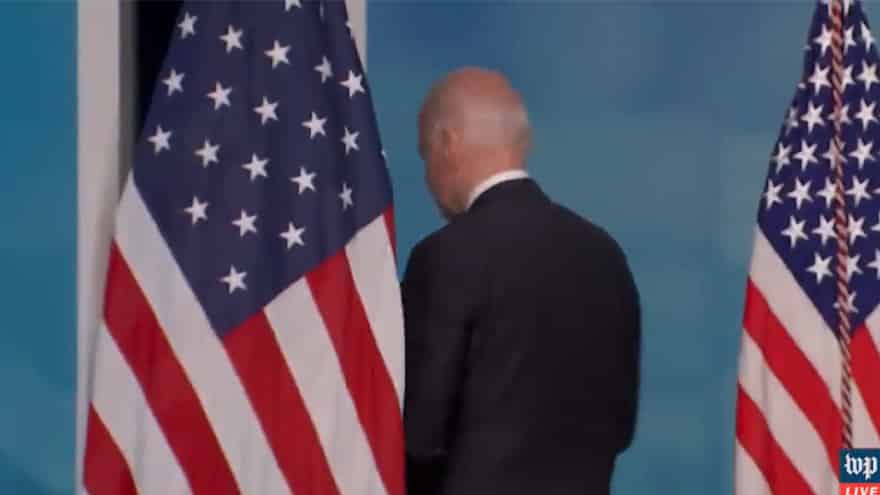 Even for Biden, this is bad.

A new report from Axios paints a bleak future for President Biden as he moves into his second year in office. Recounting his failures, the report finds one thing he seems to be succeeding at:

Turning everyone against him.

“It’s rare for a president to be at odds with Republicans, moderate Democrats and liberal Democrats — all at once. But that’s where Biden finds himself at the start of an election year that many Democrats believe will result in the loss of the House and maybe the Senate,” Axios reports.

“Yesterday was the third time in 3½ months Biden made an in-person trip to the Hill — and the third time he walked away having failed to persuade his party to back his plans.”

And Democrats will have nothing to run on come midterms.

In the two months since signing the $1 trillion infrastructure bill into law, Biden has by almost every measure bombed big time on the things that matter most.https://t.co/WqdtPVE8Wh

AIR FARCE ONE: Watch Biden Bite It While Climbing Steps to Air Force One