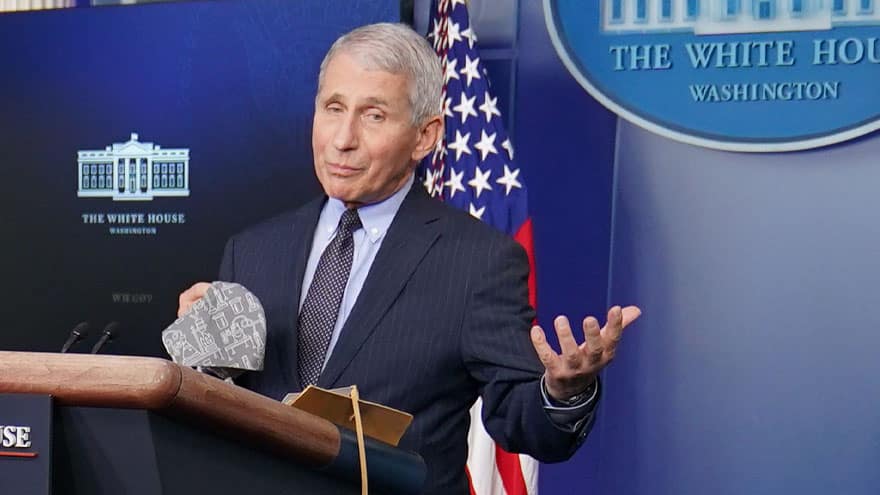 Dr. Anthony Fauci has a lot of enemies on the Hill —and now he can add the GOP Doctors Caucus to that list. The docs wrote a letter demanding an apology for Fauci’s comments during a recent Senate hearing where he called Sen. Roger Marshall a “moron.”

The letter is signed by vice chair Rep. Greg Murphy (R-NC) and co-signed by 12 other Republican doctors serving in Congress.

“We all understand that congressional hearings can sometimes be challenging; however, your behavior in calling Senator, and fellow physician, Roger Marshall a ‘Moron’ was extremely unprofessional and uncalled for. Considering you are the highest paid employee in the entire federal government, Dr. Marhsall’s line of questioning — given he is a member of the committee directly responsible for the oversight of NIAID — was completely appropriate,” the letter read.

“We, as members of the GOP Doctors Caucus, are calling for you to make a public apology to Dr. Marshall for your unprofessional comment. The divisiveness that has occurred during this pandemic should not come from an individual who was selected to lead this nation’s pandemic efforts,” the group added.

DeSANTIS ON FIRE AT CPAC: ‘No Substitute for Courage,’ ‘Freedom Prevailed in the Sunshine State’

TRUMP UNLOADS ON SUSSMANN VERDICT: ‘Our Legal System is CORRUPT, Country is Going to HELL’