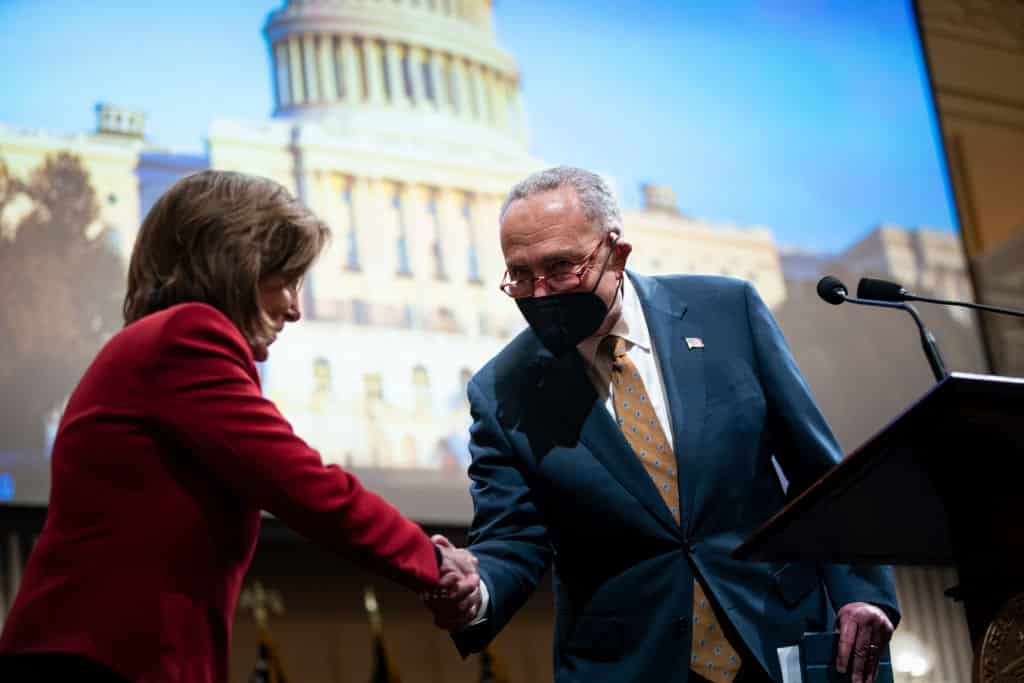 “When President Joe Biden and Vice President Kamala Harris were sworn in one year ago, our nation faced a dark and difficult moment from pandemic and economic crises.  One year later, we proudly mark one of the most impactful first years of a presidency in modern times: getting shots into millions of arms, putting money in pockets and delivering the best year of job creation in American history.

“Together, President Biden and the Democratic Congress have worked relentlessly over the last year to improve countless lives across the country.  Fueled by our American Rescue Plan and the President’s strong actions on the economy, Democrats have powered an historic economic recovery that has created a record 6.4 million new jobs, slashed the unemployment rate with the biggest single-year drop ever, from 6.2 percent to 3.9 percent, and helping sixteen million Americans off the unemployment rolls.  Our Rescue package also kickstarted a never-before-seen vaccination campaign that has gotten shots into the arms of 200 million Americans.  With our Bipartisan Infrastructure Law, as we rebuild our infrastructure, we are transforming our middle class: repairing roads and bridges, improving public transit, securing clean water and broadband and much more, in communities across the country.  The Congress also applauds President Biden’s strong leadership on health care, expanding coverage to nearly five million more Americans and making health care under the ACA more affordable than ever before.

“One year into President Biden’s term, our Democratic Majorities in Congress remain hard at work alongside the Administration to execute his spectacular vision for the future by continuing to support strong communities, lowering costs for American families, tackling the climate crisis and requiring the wealthiest to pay their fair share.  We remain committed to delivering on this agenda – now and for decades to come.”

This only reinforces the idea that Democrats are incredibly out of touch, ignoring a year’s worth of failures that included a botched Afghanistan withdrawal, sky-high inflation, and rampant crime in most of America’s major cities.

A CBS News poll released Sunday found that half of voters are “frustrated” with the Biden administration. Another 40% of voters shared that they were “nervous,” and only 25% said they were “calm” or “satisfied.”

Words like “frustrated” and “disappointed” top people’s descriptions of his presidency, along with the feeling that he’s “distracted” and not focusing on what they care about. https://t.co/GUa6CR0vYI pic.twitter.com/ZZrUcpuxcK