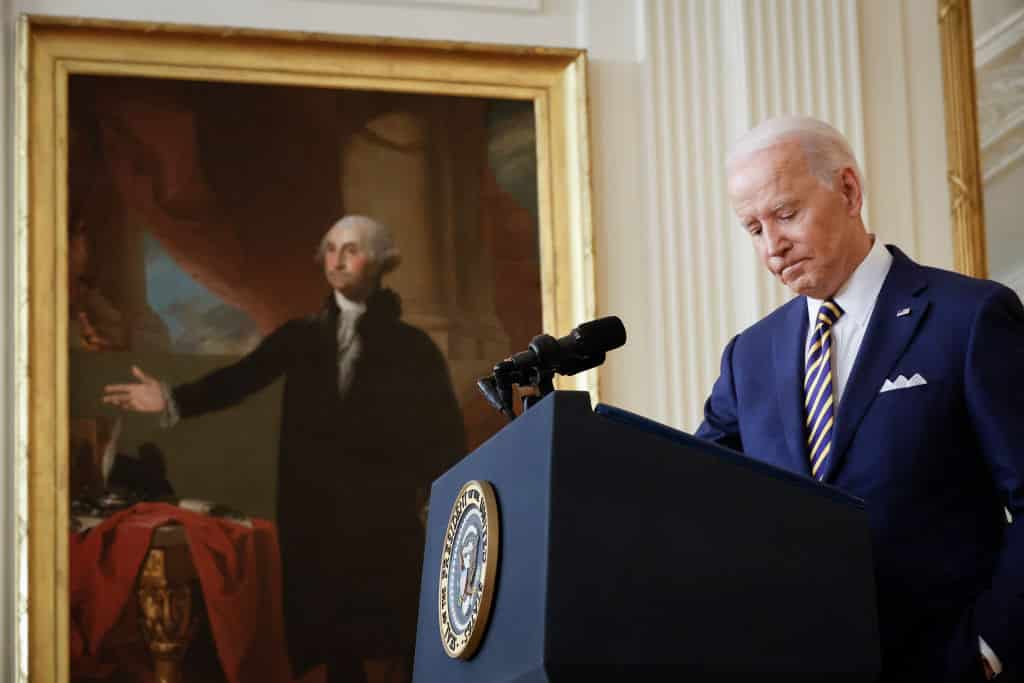 President Biden continues to tank in the polls —this time, it’s the latest Associated Press-NORC Center for Public Affairs Research poll. According to AP, most Americans strongly disapprove of the job Joe has done his first year in office.

This is a new low for Joe and AP. The President entered the Oval with a 61 percent approval rating but that number has been on a steady decline ever since.

During his latest White House presser, Biden, when confronted with his low poll numbers, said “I don’t believe the polls.”

POLL: 57% of Republicans Say Pandemic is Over, Compared to Just 4% of Democrats