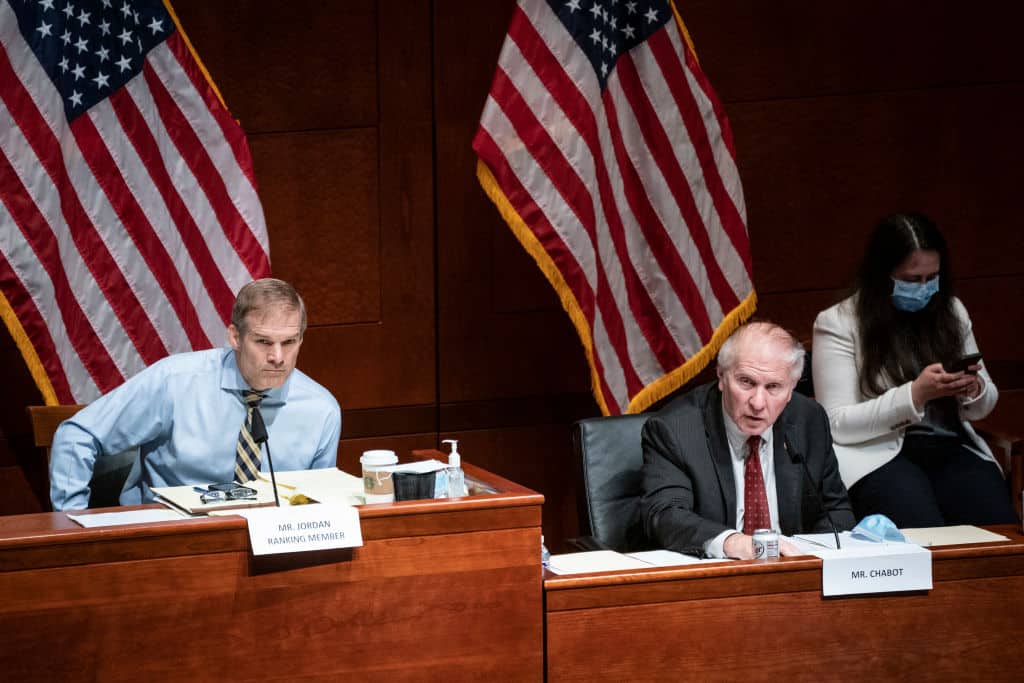 Rep. Jim Jordan (R-OH), ranking member of the House Judiciary Committee, has tipped his hand on what he will do if the GOP flips the House after midterms, making Jordan chairman. The Ohio congressman spoke to Lisa Boothe on the podcast The Truth with Lisa Boothe.

“When it comes to the Justice Department, Jordan said he wants to look into ‘what they’re doing to parents,’ referring to controversy over a letter comparing parent protests to domestic terrorism, which spurred Attorney General Merrick Garland to direct the FBI and other Justice Department arms to help police allege threats against school board members,” the Washington Examiner reports.

Jordan will also investigate the “chaos” at the southern border. According to the Examiner, Jordan says “Secretary of Homeland Security Alejandro Mayorkas has not been brought before the judiciary panel despite it having primary jurisdiction over immigration law. ‘Jerry Nadler will never bring him in,” Jordan said, referring to the current Democratic chairman.’”

And last but not least, Jordan has set his sights on Dr. Anthony Fauci, Wuhan, and gain of function research. “There are six or seven things that they misled, and there’s a bunch of other things they misled us on,” Jordan said on the podcast. “So we need … oversight and the truth to get to the American people on that issue as well.”

.@Jim_Jordan said he wants to look into what DOJ is “doing to parents,” referring to controversy over a letter comparing parent protests to domestic terrorism.

His second priority is getting accountability for the “chaos” at the U.S.-Mexico border.https://t.co/q34waB08bE

DANES DITCH MASKS: Denmark Ends COVID Restrictions, PM Says ‘Getting Back to Life as We Knew it’

DeSANTIS DUNKS ON BIDEN: Gov. Asks Reporter if He Should Call Him SOB, ‘How’s it Work Now?’