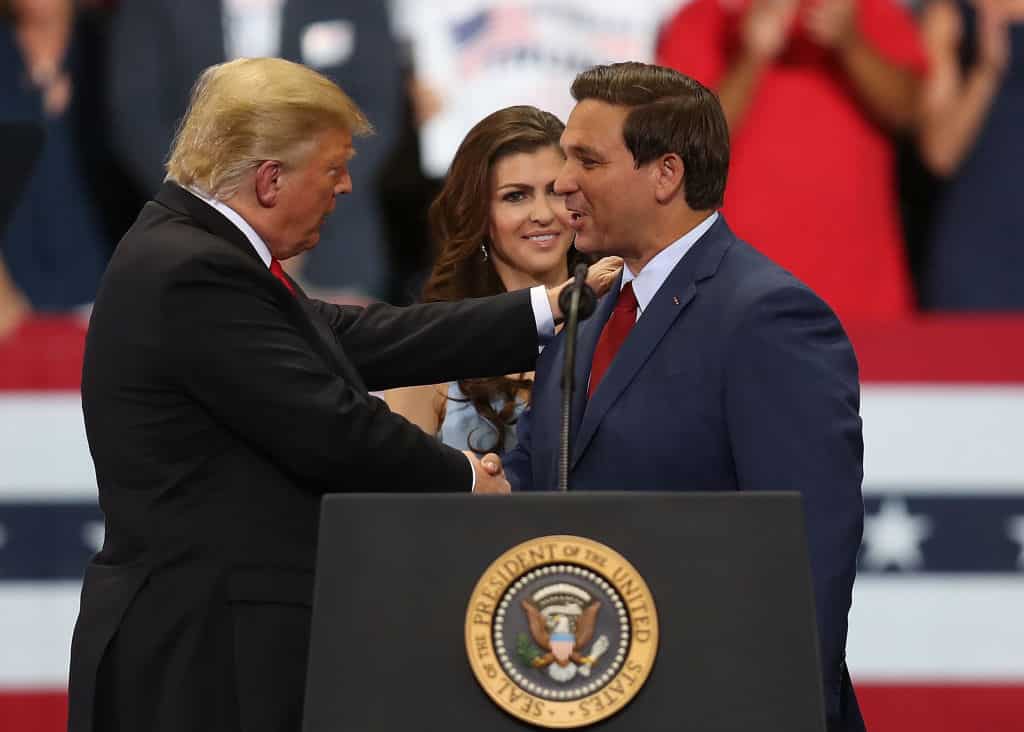 Despite reports from the New York Times and other mainstream media outlets, former President Donald Trump and Florida Governor Ron DeSantis get along just fine; Trump confirmed on Hannity that there’s no beef between the two of them.

“I get along great with Ron. Ron was very good on the Mueller hoax. He was right up front along with Jim Jordan, and all of the rest of them, they were fantastic,” Trump said. “The Republicans really stuck together. And it was a great thing. And Ron was one of them. And Ron wanted to run and I endorsed him. And that helped him greatly.”

“And he went on and he’s done a really terrific job in Florida, and I think you know, Ron has been very good,” Trump continued. “He’s been a friend of mine for a long time. It’s totally fake news. I think Ron said last week, he said it very publicly, he says the press is never going to get in the middle of my friendship with Donald Trump, we’re not going to do that stuff. And he said it very strongly, I thought it was very interesting, actually. And very nice. But he said that, and I agree with him on that 100%. No, I have a very good relationship with Ron and intend to have it for a long time.”

TONE DEAF: Pressley Claims ‘No Deficit of Resources in This Country’ As Grocery Shelves Sit Empty

‘STICK YOUR PROGRESS WHERE THE SUN DON’T SHINE’: Anti-Woke Anthem Number 1 on iTunes