A HERO’S FAREWELL: Thousands of NYPD Officers Gather to Honor the Memory of Rookie Killed in the Line of Duty 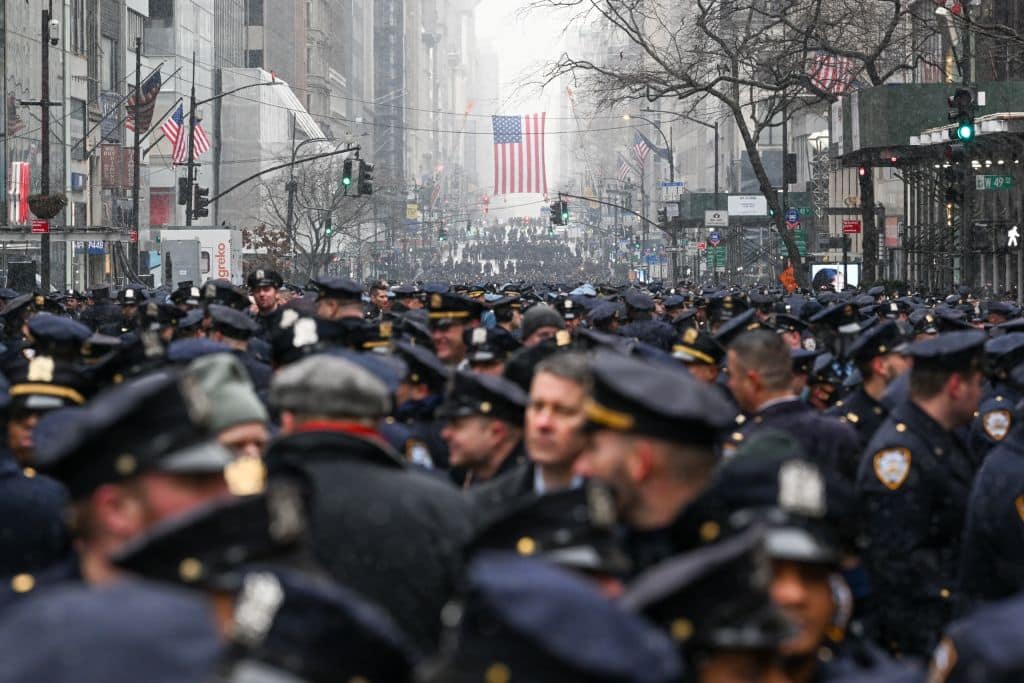 The streets outside New York City’s St. Patrick’s Cathedral were flooded Friday morning with thousands of NYPD officers gathering to grieve and say goodbye to their fellow officer, Jason Rivera.

“As top New York officials joined Rivera’s family inside the church for the funeral, thousands of cops — hailing from the Big Apple and even foreign countries — stretched several blocks along Fifth Avenue as flurries of snow fell,” the New York Post reports.

“My brother’s first love was policing,” his emotional older brother, Jeffrey Rivera, said during his eulogy. “He was obsessed with his career in law enforcement.”

“Rivera, who was recently married and barely into his second year of service on the force, ‘gave his life defending his fellow New Yorkers,’ Mayor Eric Adams said in his eulogy,” the Post reports.

“The hearts of 8.8 million people are reaching out in mourning today,” Adams added. “We know he’s always with us and this city will become a better place because of his sacrifice.”

“He was a great man, great officer. Newly married, always had a smile on his face, no matter what was happening, what we were doing,” Vera said. “I’m at a loss for words… I hope a tragedy like this doesn’t happen again.”

Rivera was shot and killed while responding to a domestic incident in Harlem last week.

NO OTHER WAY? Biden Says No Way to Exit Afghanistan Without ‘Chaos Ensuing’

Protect Your Digital World With 3 Years of AtlasVPN for $49.99

THE GREAT ONE: Dems ‘Follow the Science’ on Everything Except Roe