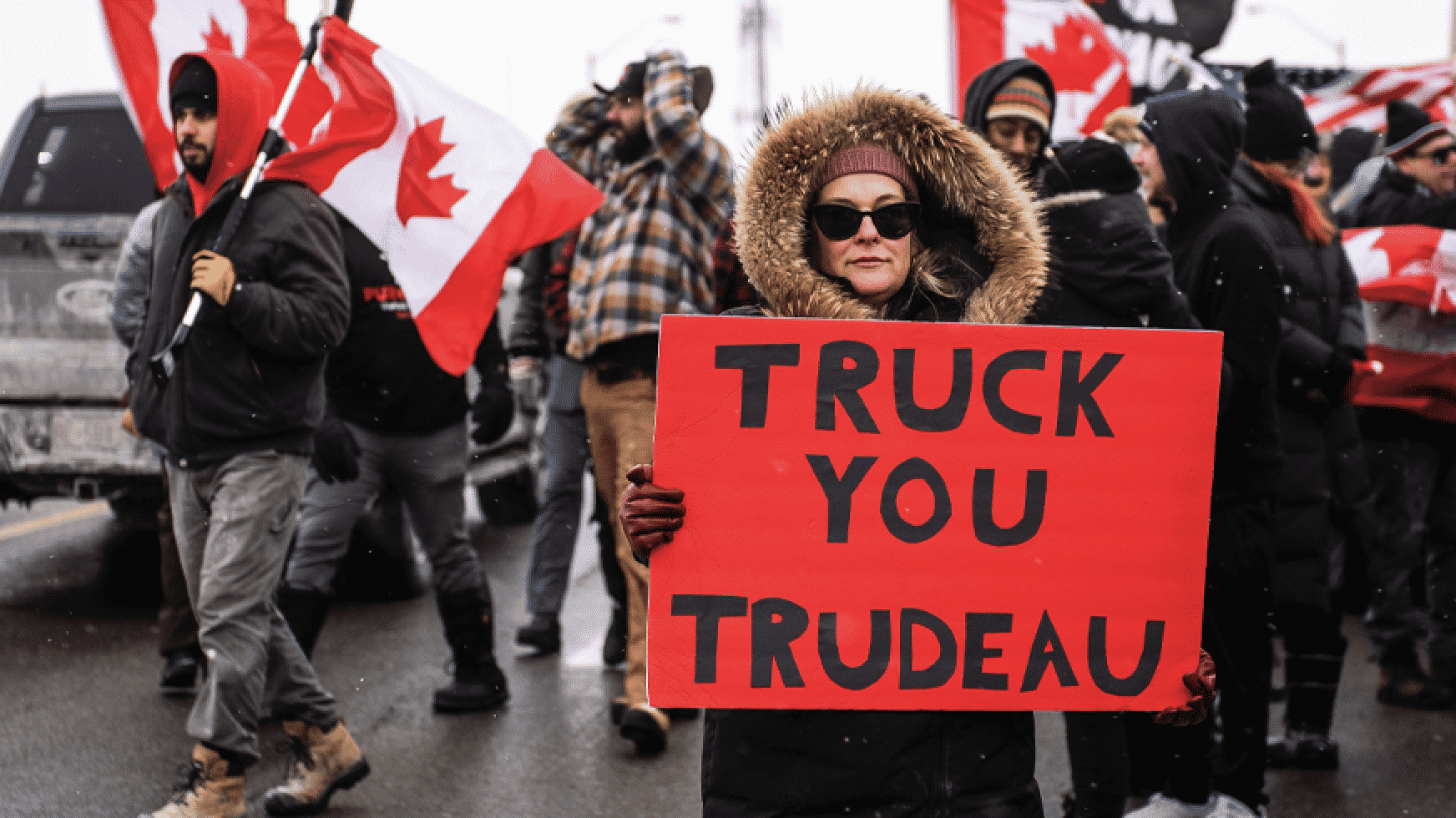 “We omitted certain news agencies from this press conference, including the Toronto Star and the CBC who are banned from this press conference. And the reason they were banned is twofold. First, this entire week the CBC, Toronto Star – Yahoo News were retweeting and reposting with a few others – kept putting stories out that our GoFundMe was frozen or suspended because of nefarious reasons. You know ‘right-wing truckers,’ ‘dangerous people,’ and it was hysterical, me and Tamara were talking,” Dichter said.

The truckers were asked if they had any contact with Prime Minister Justin Trudeau, who had previously referred to the truckers as a small fringe minority.

According to the Daily Wire, the trio was asked, “Has anybody from Justin Trudeau’s staff reached to talk to anybody at all? Or is he still hiding away?”

“What are you talking about, it’s the weekend,” Dichter quipped. “Isn’t he in Tofino or something? I don’t understand something —”

“He’s self-quarantining for his negative test but he was exposed to Covid,” the reporter replied.

“Well, he’s self-quarantining for a negative test and then 24 hours later he was going on a trip with his family,” Dichter said. “Pick one. Which one is it?”

“They whisked him away from his security is what I was told,” Lich says.

“So no one at all has reached out for any kind of statement,” the reporter asks.

“Why would they? The entire world is fixated on this,” Dichter pointed out.

Despite being doubled vaxxed and boosted, PM Trudeau tested positive for COVID earlier today, making the announcement on Twitter:

“This morning, I tested positive for COVID-19. I’m feeling fine – and I’ll continue to work remotely this week while following public health guidelines. Everyone, please get vaccinated and get boosted,” Trudeau tweeted.

This morning, I tested positive for COVID-19. I’m feeling fine – and I’ll continue to work remotely this week while following public health guidelines. Everyone, please get vaccinated and get boosted.

McCONNELL: Dems Too Busy Debating How Much Socialism to Unleash to Look Out for Our Troops

HARVEST LOON: Neil Young Officially Off Spotify After They Refuse to Remove Much More Popular Rogan