Welcome to Insanity Wrap, your weekly dose of the best of the worst. The cursing granny who stopped a Walmart shoplifter is the new big crazy.

This person identifies as a wolf and ends every video with the sound wolves make. I wish I was joking pic.twitter.com/romyegJc7t

Spoiler: Not a wolf.

This clip comes to us from the Walmart in Campbell River, Canada.

It’s a small town of about 35,000 on the coast of Vancouver Island. The economy is about what you’d expect: Fishing, lumber, tourism, and brazen daylight shoplifting.

The shoplifting explosion in the U.S. has been in Democrat-run big cities, often with George Soros-sponsored District Attorneys who simply won’t prosecute so-called “lifestyle crimes” like shoplifting.

But if you’ve read the reports — like Insanity Wrap — on the situation in cities like San Francisco, you know we aren’t talking about characters out of a Dickens novel stealing a loaf of bread to feed their seven children.

The shoplifting gangs are organized, taking advantage of non-existent law enforcement and a legalized blame-the-victim mentality to commit major crimes and sell the stolen goods on the black market. The whole thing is so well-run that it even has a name: Organized Retail Crime (ORC).

There’s so much money involved that given the semi-official sanction ORCs enjoy that it makes Insanity Wrap wonder: Is SF DA Chesa Boudin getting a cut, and if so, how large?

We didn’t expect to see similarly brazen shoplifting in small-town Canada, yet here we are. Insanity Wrap’s first thought was why the unseen man taking the video wasn’t helping the tough granny, but then we realized he’s probably an employee and forbidden to do anything to stop these thieves.

Campbell River is also a very “progressive” town, so it wouldn’t surprise us if the official attitude towards crime was softer than the spring slush.

When a villainous government won’t enforce the law, it’s up to citizens to do it themselves — which itself is lawlessness of a non-villainous variety.

We also suspect they won’t much like the results when the breakdown comes for them.

Still, we can’t help but cheer the cursing granny.

The Fix Is In, Always

Plot twist: this is the same doctor they used to ask Biden a question at a town hall. She’s officially a “Republican”
Credit: @mazemoore pic.twitter.com/J4A0RqKPim

Spoiler: She’s not a Republican.

Insanity Wrap is dubious about the whole doctor thing, too.

The point is this: Either the press doesn’t bother to vet these low-rent stage actors before sticking them in these phony “town hall” scenarios because they don’t give a damn, or they’re the ones hiring the actors to put on the Democrat-friendly show.

Biden, Inc. Is a Partly-Owned Subsidiary of the CCP

“Look, we can disagree on a lot of things, but I don’t think anybody is going to argue that the Chinese intelligence and the Chinese state-linked businessmen are philanthropists,” Schweizer told McCabe.

He said that Hunter once explained in an email to a colleague what his role is in business deals for the Chinese.

“It is very clear that Hunter Biden is not expecting to do a lot of work. It’s very clear Hunter Biden recognizes he’s bringing a lot of financial expertise, but what he explains in an email exchange with a colleague is that he is prepared to be the so-called ‘White Face’ for this investment firm that the Chinese are establishing,” he said.

Schweizer described one example: how Bohai Harvest, one of Biden’s investment vehicles, funded by the Tianjin, China, based Bohai Industrial Investment Fund and the Bank of China, acquired a U.S. company that provides stabilization technology for the F-35 Lightning II fighter jet.

We can all agree though that the most important concern here is: Did the Big Guy get his ten percent?

Veneers and ice cream don’t pay for themselves, you know.

Neil Young sold 50% interest in his music catalogue to Hipgnosis, which is a billion dollar company which is owned by Blackstone. Blackstone just announced their newest senior advisor is the CEO of Pfizer.

“Paranoid” used to mean “a crazy person who thinks there’s a conspiracy out to get him.”

Now it means “a few weeks ahead of the news cycle.”

Listen to White House Spokesweasel Jen Psaki try and explain how people with omicron will count as unemployed for January.

Here’s the question, edited lightly at the end for brevity: “Members of the economic team have been sort of front-running the jobs number [due out] on Friday, saying that the figures would be wonky because of all the omicron cases we had during the reporting period. I’m wondering what your expectation or the White House expectation of the report is.”

Psaki [edited lightly for brevity]: “The way the jobs numbers are calculated… every month… is a little complicated. But there are some simple things here to understand. If a worker was out sick the week the survey was taken and did not receive paid leave, they are counted as having lost their job. Because omicron was so highly transmissible, nearly nine million people called out sick in early January when the jobs data was being collected.”

Insanity Wrap is pretty sure what Psaki is spewing is nothing but BS.

Unemployment is when someone does not have a job, has actively looked for work in the past four weeks, and is currently available for work. Also counted as unemployed are people who are temporarily laid off and waiting to be called back to that job.

There’s nothing there about missing work, paid or unpaid, due to illness.

What it looks like to Insanity Wrap is that the White House is throwing out that “NINE MILLION SICK PEOPLE!” as a bit of FUD to make people discount whatever Friday’s jobs report says.

We’ll find out for sure on Friday, won’t we? 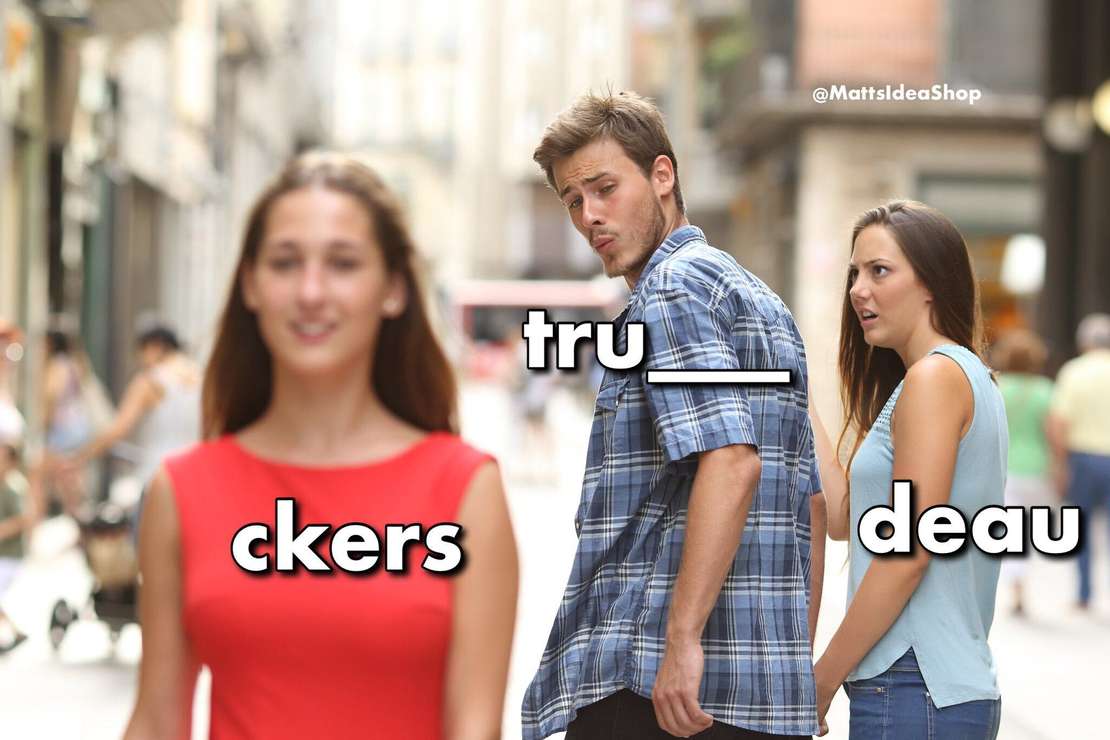 That’s a Wrap for today.

The Morning Briefing: Hey FBI, We're Running Low on Those White Domestic Terrorists You Keep Warning Us About

The Democrats REALLY Don't Have a Bench