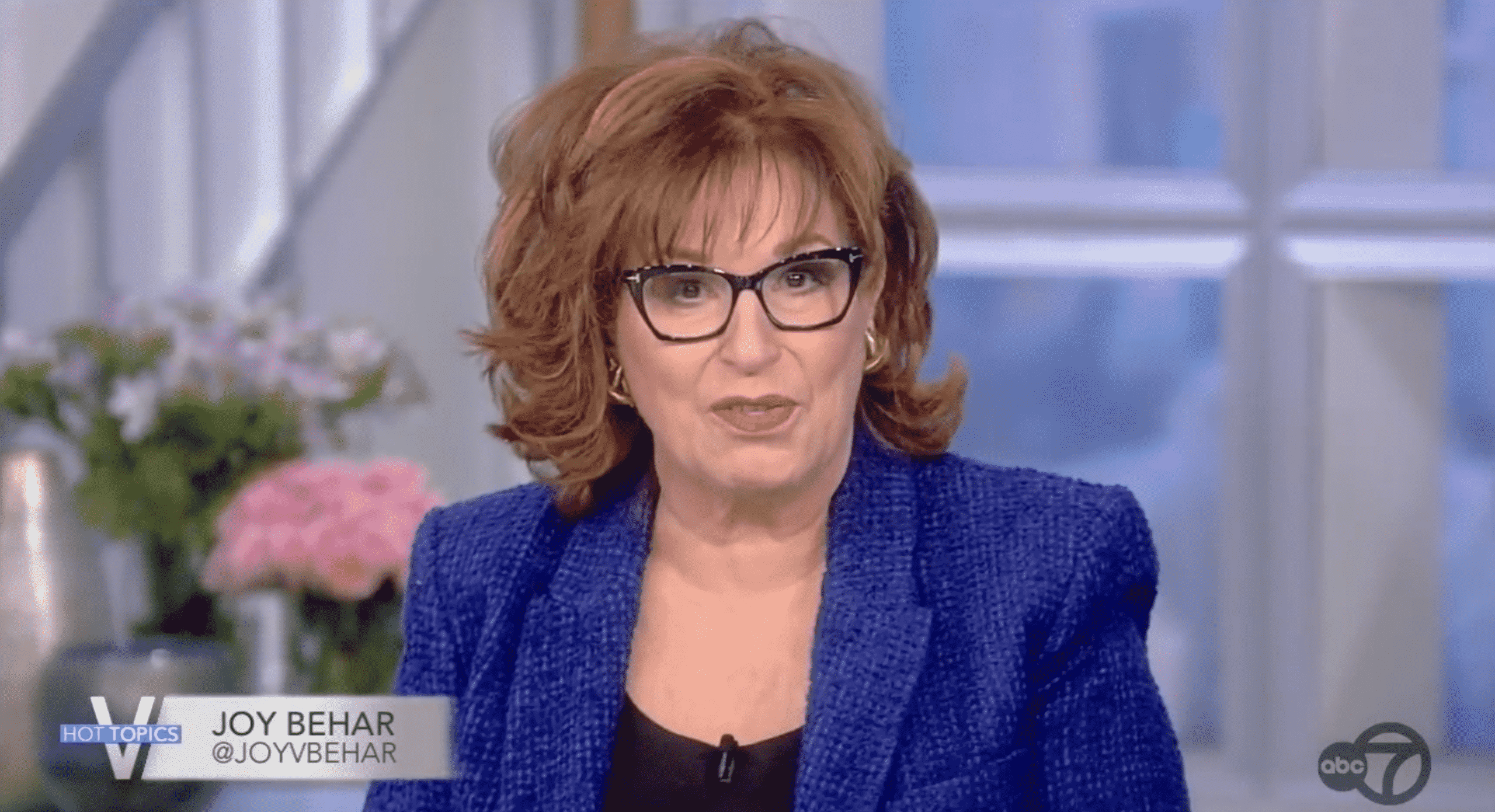 Whoopi Goldberg’s remarks about the Holocasut —and her subsequent suspension —is one of the biggest stories in the country today. Just not on Goldberg’s own show, The View. On today’s episode, Whoopi’s whopper was barely acknowledged as Joy Behar rushed into an attack on Supreme Court Justice Neil Gorsuch.

“You all saw the news. Whoopi will be back in two weeks. Ok,” Joy Behar said before moving on.

“The Supreme Court Justice Neil Gorsuch is hanging out with a who’s who of conservatives this weekend when he speaks at an event for The Federalist Society. Other speakers are former VP Mike Pence, Florida Governor Ron DeSantis and former Trump press secretary Kayleigh McEnany,” Behar said. “One item on the docket is a talk titled ‘The End of Roe v. Wade?’ and it’s being moderated by a Trump-appointed federal judge. Now, also you should know that the media is barred from the event. My question to you ladies is should a Supreme Court justice be involved in such a partisan group of people? Is that kosher? I don’t know the rules.”

“How do you think conservatives would like it if Sonia Sotomayor went to a Planned Parenthood rally?” Behar added.

“They would have a significant issue with it,” said former federal prosecutor Sunny Hostin.

According to the organization’s website, The Federalist Society “is an organization of 60,000 lawyers, law students, scholars, and other individuals who believe and trust that individual citizens can make the best choices for themselves and society. It was founded in 1982 by a group of law students interested in making sure that the principles of limited government embodied in our Constitution receive a fair hearing.”

“You all saw the news. Whoopi will be back in two weeks. Ok.” pic.twitter.com/WC9AJSnW7n

BIDEN: We Imposed Vax Mandates to ‘Save Your Life’ Not ‘Control Your Life’