BRAWL FOR THE WALL: Trump Says if Elected, He’s Finishing Wall, ’Would Send a Big Signal’ 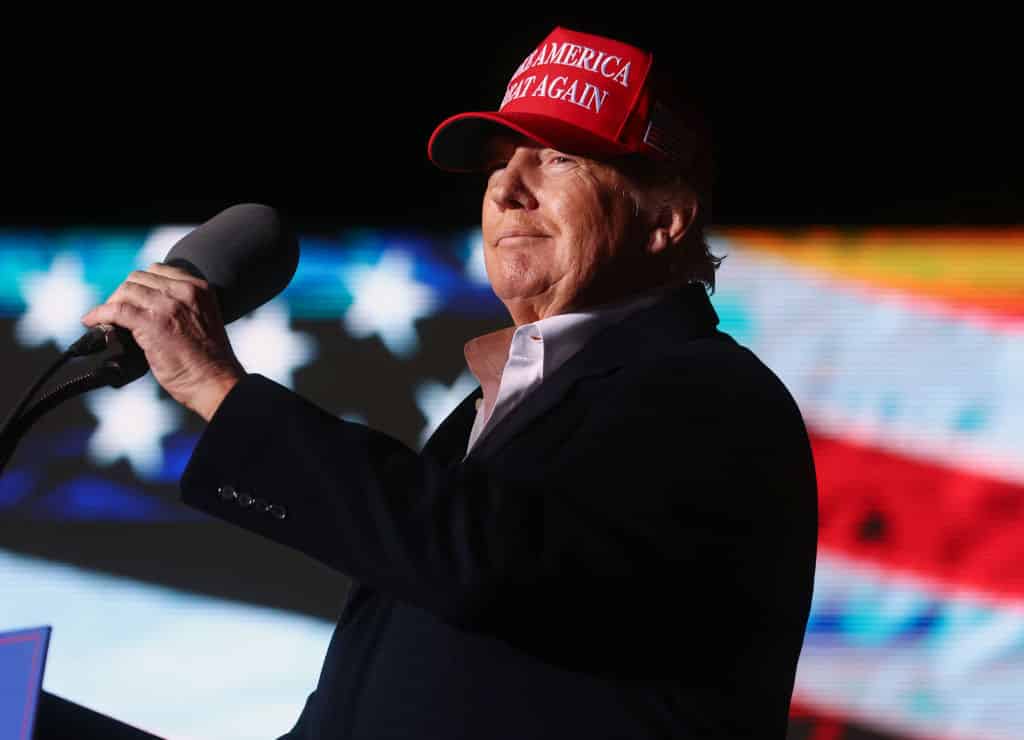 Former President Donald Trump hasn’t announced an official 2024 bid for the White House —but he’s certainly talking like someone who is ready. Trump sat down with Epoch Times’ Kash Patel to discuss Biden’s failed border policies and what he’d do, if elected again, to fix the crisis.

“It’s so easy: You close [the border] up, you got to close it up – and that would send a big signal, a really big signal,” Trump told EpochTV’s Kash’s Corner.

“The president told EpochTV’s “Kash’s Corner” on Jan. 31 that completing the wall has a significance that extends beyond domestic policy because it would project an image of strength to China’s Xi Jinping and other world leaders,” Epoch reports..

“First of all, the wall, even for him,” Trump said referring to Xi. “You know why? Because when he sees millions of people pouring into our country, he loses respect for our country.”

“When him and Putin and Kim Jong Un and Iran’s leaders, when they’re watching millions of people walk into our country … They lose respect,” Trump says.

U.S. Customs and Border Protection intercepted nearly 2 million migrants at the southern border during President Biden’s first year in office —four times as many as were apprehended under Trump during his last year in office.

Former President Trump’s said if he wins the presidency again, his first executive action would be to restart construction of the #BorderWall amid a burgeoning #BorderCrisis. https://t.co/LAu2JHp2k0

WATCH: Joe Biden Laughs About Sen. Sinema Being Harassed in a Bathroom by Far-Left Activists

COTTON: ‘Biden Pentagon Looking for Cause of Recruitment Crisis is Like OJ Looking for Real Killer’

DeSANTIS ON FIRE AT CPAC: ‘No Substitute for Courage,’ ‘Freedom Prevailed in the Sunshine State’