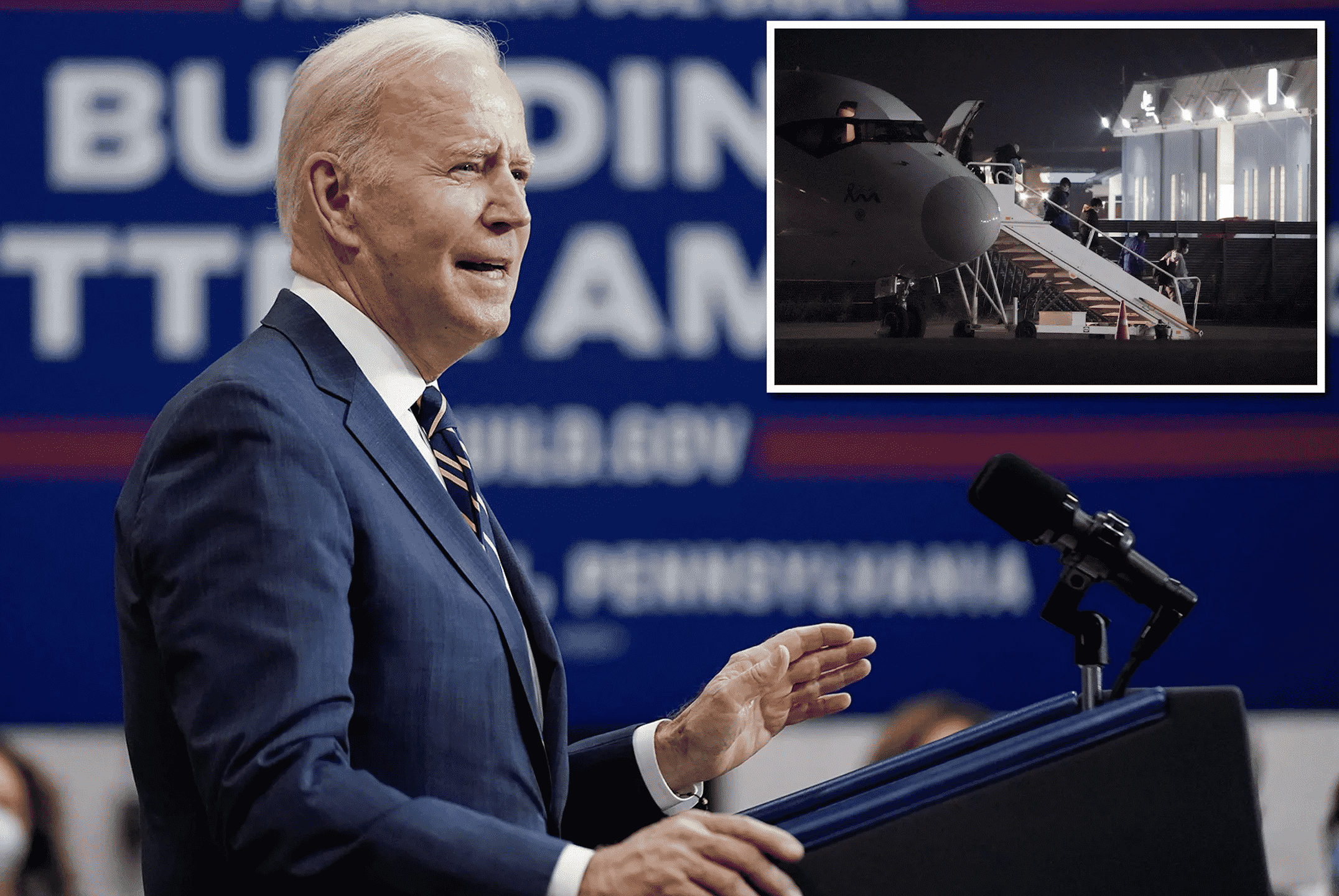 Rep. Dan Meuser (R-PA) has had enough of President Biden’s secret migrant flights; Meuser is introducing a bill with support from fellow Republicans that would require Biden to disclose to the public where and when border crossers and illegal aliens are flown into American communities, Breitbart reports.

“The Biden administration has created an unmitigated disaster at our southern border and it is directly impacting communities across the United States,” Meuser said in a statement:

Their open border policies have incentivized illegal immigrants to flood our border by the thousands, and Biden’s DHS and [Health and Human Services] are now secretly flying these immigrants across the country in the dead of night to be resettled in American communities — giving no notice to federal, state, or local officials of who they are or where they are going.

This must change. My legislation will bring transparency to the process and ensure that states have a say in the matter while bringing awareness to the local communities.

“The legislation would mandate DHS and HHS to notify local, state, and federal officials about the busing and flights of border crossers and illegal aliens into their states. The Biden administration would also be required to provide Congress with a quarterly report on the location and resettlement of all border crossers and illegal aliens within the U.S,” Breitbart says.

Last year, more than two million border encounters were logged by U.S Customs and Border Protection —more than 530,000 of those arrivals were released into the U.S., and nearly 45,000 were put on commercial domestic flights and flown into the country.

Biden ought to be required to disclose his “dead of night” secret flights of border crossers and illegal aliens into American communities, Rep. Dan Meuser (R-PA) says. https://t.co/FqTJ7nVYSK

DON’T BE SUCH A NEGATIVE NANCY! Pelosi Says ‘No Point in Saying Good Morning, Because it Isn’t’