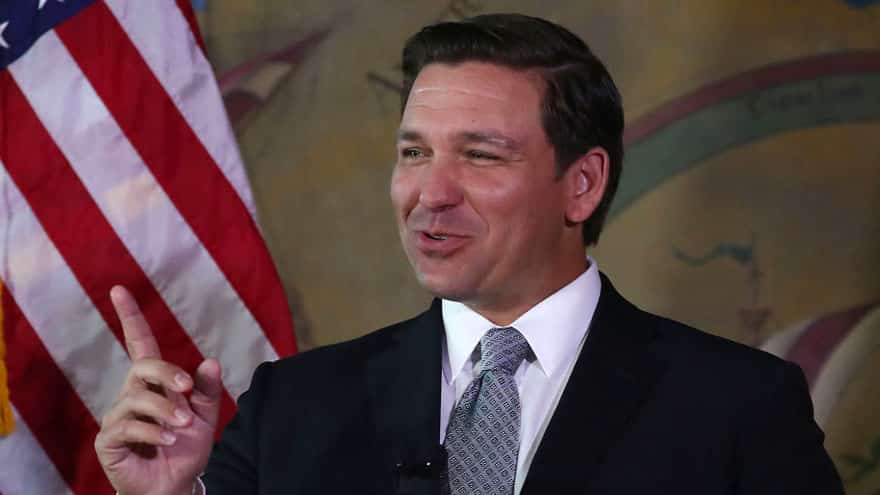 Florida Governor Ron DeSantis spoke to Fox News about President Biden’s first year and the Democrats’ chances in the 2022 midterms; the gov says they are in for a “shellacking.”

“They did all they could to get Biden elected. OK. They lied about Trump for four years. They did everything they could to get Biden elected, the guy who campaigned from his basement. They never asked any questions about that. Well, now he gets in. And he had a disastrous first year as president —the worst first year president of any president since the 1800s. People compare him to Jimmy Carter. Carter was much more successful his first year than Biden has been,” DeSantis told Fox News Digital.

“So they know that, they know the Democrats are in for a shellacking in 2022. So they’re trying to change the topic, and they’re trying to drive dissension among Republicans. And so my message to people is, don’t take that bait. Understand what they’re trying to do. We need to be united and say we don’t like what the Biden administration’s doing. We offer a better course in Florida. I think other Republican states are offering a better vision in their states as well. And let’s go into ‘22 with a full head of steam with everybody united on the same team.”

STATE OF PLAY: EXCLUSIVE: DeSantis sets the record straight about Trump feud rumor, says Dems are in for ‘shellacking’https://t.co/4UhRe9M33X

GOP LEADERS CELEBRATE: ‘Every Unborn Child is Precious, Extraordinary, and Worthy of Protection’